The sellers went to the stock exchange

greece November 27, 2020 greece Comments Off on The sellers went to the stock exchange 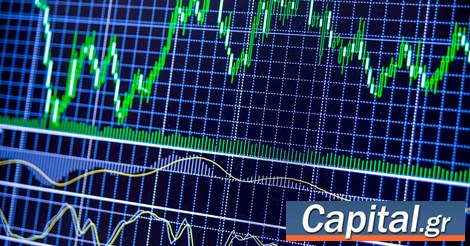 One of the opposing forces is currently the Athens Stock Exchange, which failed to hold its morning rise, which reached 1.1%, with several stocks drifting into negative territory under the weight of securing profits.

The results of the listed companies announcing for the nine months are in the spotlight, at a time when the market is ready to end the month at its highest level since the outbreak of the pandemic. However, the overall index is trying to cope with pressure to secure earnings, while the banking industry has already run into difficulties trying to hit 400 points.

At the same time, the market continues to perceive the maintenance of better trading rates, an element that has motivated many buyers to enter a market that was far behind when the pandemic broke out. The overall index is clearly a long way from the highs of the year, but a significant percentage of the big drop has already been covered, even if it didn’t happen until November.

December will clearly be important for the market’s course in the medium term, as it will show whether the market can close the year well, and return to the radar of major foreign buyers in regional markets. However, the course will also be affected by any decisions by European leaders on the implementation of the Recovery Fund and the multi-annual budget, which is hampered by the position of Hungary and Poland. If Europeans put an end to the two “negatives”, the market will begin to phase out the major reform plan promoted by the government, with cutting-edge sectors such as energy and construction.

Now on the board, OPAP’s stock is still in the spotlight, following the announcement at yesterday’s conference call that it will pay contributions to the state at the new 5% rate. The stock gains 4.20%, supporting the market, resulting in PPC, Lambda and Hellenic Petroleum gaining more than 2%. Ellactor is at + 1.42% and GEK Terna at + 1.86%, while Jumbo, Aegean, Eurobank, IPTO, PPA, Ethniki and Mytilineos are slightly up.

On the other hand, Motor Oil is correcting today with 2.76%, followed by Terna Energy, Titan, OTE, Saranti and Viohalco with a decrease of more than 1%. Piraeus, Coca Cola, Alpha Bank and HELEX are slightly down, with EYDAP and Fourli unchanged.