greece November 23, 2020 greece Comments Off on The Xiaomi Mi 10T Pro is proof that a good LCD is better than a good AMOLED

The Xiaomi Mi 10T and Mi 10T Pro are the latest and most recent flagship smartphones from Xiaomi. And according to XDA Developers, one of the features that you really notice is the new screen of these devices. Specifically, for the Xiaomi Mi 10T and Xiaomi Mi 10T Pro, Xiaomi has chosen a 144HZ LCD display that supports the variable refresh rate. Their choice, according to the website, contradicts the common perception that AMOLED displays are better than LCDs, especially when talking about flaghships and flagship killers. Xiaomi disputes the quality superiority of AMOLED displays by claiming that it has properly adjusted the color profiles and to justify such claims it uses terms like DCI-P3, AdaptiveSync and others, which will be discussed below.

The website wants to convey the message that an LCD with the correct adjustments from Xiaomi can do better than an AMOLED. But let’s see how she justifies her position. Note that a Redmi K20 Pro was also used (which is a rebrand as Mi 9T Pro for the European market).

Both LCD and AMOLED monitors work differently. The LCD screen uses backlight as the sole source of light compared to an AMOLED screen, where each pixel is illuminated to display different colors. An LCD consists of many more layers than an AMOLED and this results in LCDs with a lower brightness than an OLED or AMOLED screen.

While both screens are nearly as bright, even in bright sunlight, the Mi 9T Pro looks much brighter than the Mi 10T Pro’s LCD screen. And to prove its claims, the website used the Lux Light Meter Free app on the Samsung Galaxy Note 20 Ultra and noted the brightness values ​​in lux, rotating the device’s ambient sensor on the screen of both smartphones. For more accuracy, he even took the measurements at a distance of 5 cm from the smartphones. 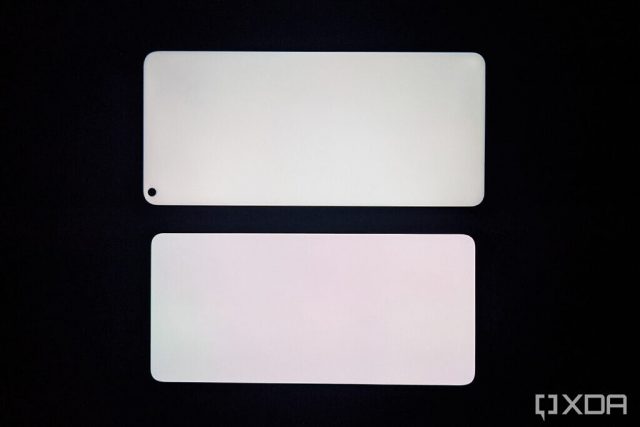 Basically, the Mi 9T Pro’s AMOLED screen looks brighter than the Mi 10T Pro’s LCD screen. But at the same time, we see that the LCD screen is more uniform, while the white is more neutral than AMOLED.