A bomb in a bag caused a strong explosion 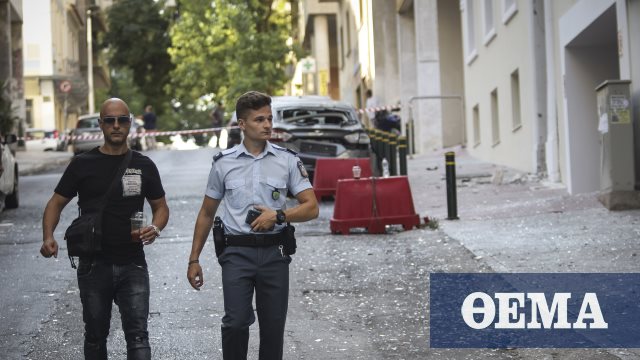 An explosive in a bag caused a strong explosion at midnight in a building in the center of Piraeus at the intersection of Filellinon Street 10 and Notaras at the court.

The attacked area remains blocked while the police tries to gather information from eyewitnesses and security camera material from the area.

In the building where the perpetrators left the bag with the explosives device, many law firms are housed and the tax office of Piraeus. The case has been taken over by the Division Security Security.

The time of the explosion

The strong explosion took place around 2 o'clock in the early morning. According to eyewitnesses, a car stopped just before the explosion at a given moment, someone drove away, left something at the entrance of the building and then returned to the car, which was removed at high speed.

There was an explosion that caused extensive material damage, not only to the building, but also to adjacent houses, where the Piraeus house, a branch, a hotel and offices were housed. Damage was also caused to parked cars.

In the building where the unknown was found to leave the suspicious object, is the office of lawyer Gregory Timaene, who deals with matters related to the Law of the Sea, since he is an arbitrator in arbitration from the Greek Chamber of Commerce and the International Chamber of Commerce.