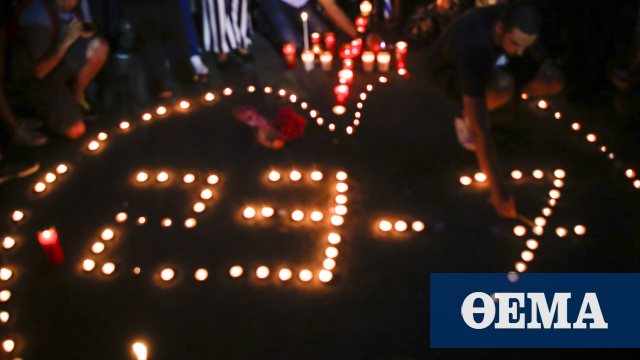 With white blouses gave 300 people the "gift" during the event, while the names of the 96 people who left their last breath of the deadly fire on July 23

With the memories still fresh and the smell of ashes still spread in Mati, a month after the deadly fire in which 96 people died, a commemoration meeting for the victims took place.

About 300 citizens gave the "gift" with white shirts at the invitation of the organizers.

During the memory event, they cracked hearts as the names of the 96 people who breathed their last breath of the fiery nightmare of July 23 read one by one.