Congratulations Anastasiades for leaving the memoranda 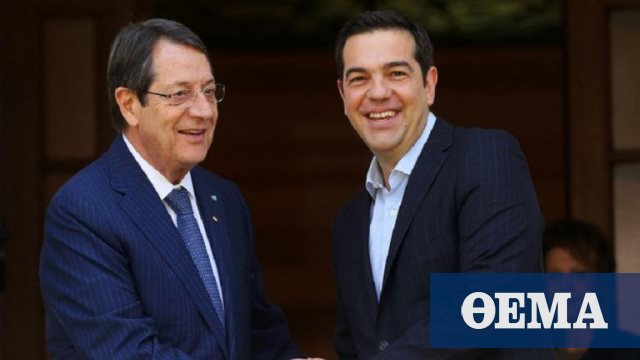 The President of the Republic of Cyprus, Nikos Anastasiadis, had a telephone conversation with Prime Minister Alexis Tsipras tonight. According to the Cypriot Presidency, President Anastasiades congratulated the Prime Minister on completing the Greek support program and exit from the memorandum and discussed the country's prospects for the new era, which was opened for the opening.

They also exchanged views on international developments and on efforts to resume negotiations on the Cyprus issue. Alexis Tsipras thanked President Anastasiades for the solidarity of the government and the people of Cyprus in the recent tragedy with the murderous fires in Attica.

Today, in his letter, the President of the Republic, Prokopis Pavlopoulos, thanked his Cypriot counterpart for the help and solidarity that Cyprus has shown to the victims of the recent fires in Attica.