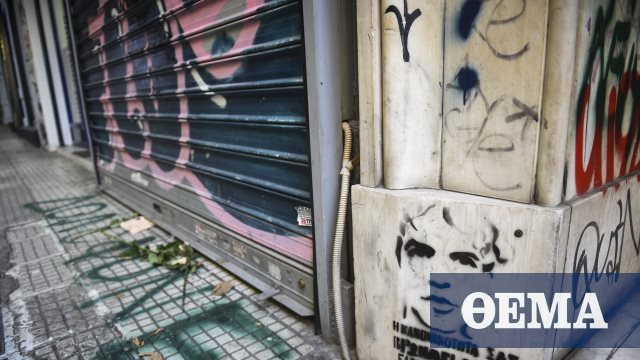 In a statement, the federation of the Hospital of Doctors of Greece (OENGE) announces the removal of the late Jacques Kostopoulos with handcuffs in the hospital.

Hospital doctors report that Jacques Kostopoulos was dead before he arrived at the hospital of Evangelismos, while he demanded the punishment of all those responsible.

"For several days we have been looking abruptly at the cover-up operation where the victim of a violent attack, by both civilians and police officers, was the activist of Losk Zak Zakopoulos, who was eventually expelled to hospital" Evangelismos ".

It is dangerous to try to release and encourage such unacceptable practices in the name of self-defense & # 39 ;, which comes mainly from different fascists.

This case is not the only one, it is absolutely emblematic of the perception that characterizes the state policy for drug addicts, seropositive, all those who marginalize the rotten exploitation system itself. Worse still, the incredible brutality with which policemen behave in a half-dead man, perhaps already dead, is not only a barbaric act, but also reveals the police's attitude towards repression. It is not just "practices of individual policemen", as the government claims in its attempt to justify it.

The transfer of the dead, Jacques Kostopoulos, fascinated by the "Evangelismos" Hospital, is undoubtedly a fatal accident.

As Hospital Doctors, committed to the daily struggle to ensure the lives and health of our patients, we need immediate and thorough investigation of the case and the punishment of all those responsible. "