Episodes on the paths for the Fossa 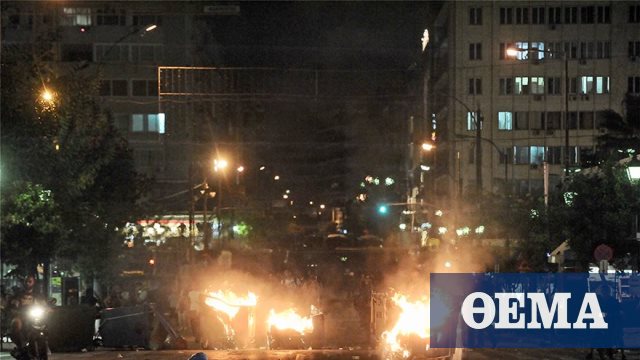 Episodes marked the memory of Pavlos Fissas in Piraeus, Thessaloniki, Patras and Agrinio in the afternoon of Thursday.

During the episodes in Agrinio, a 19-year-old was seriously injured, who, according to the Agrinio hospital, had suffered multiple lesions from the cranial vertebra. It can not be ruled out today that surgery is in progress, although her life is not at risk.

Unspecified, but the circumstances of her injury remain, because, according to the agrinoopress, the girl did not participate in the course but sat on a couch. So far, there are two the most likely scenarios for injuring it: accepting a stone or hitting a direct shot glow.

In Piraeus the episodes broke out when the course for Pavlos Fissa came close to the offices of Golden Dawn.

Roadblocks were set up, while anti-authoritarian writers shot into trash cans and threw Molotov into the police.

Watch the episodes in Piraeus:

However, episodes broke out in the center of Thessaloniki, the statue of Venizelos, in Egnatia, where the course for the anniversary of the murder of Paul Fissa ended. At that time, the launch of Molotov objects and bombs for the police began in the vicinity of its offices Syriza.

In Patras, the incidents took place when a group of protesters was cut off from the memory of Fyssa and threw Molotov bombs and firebanks were fired in Corinth Street between Ermou and Georgiou Square.