Exclusion of the Areopagitives in the case of Georgian Susanassilli, Zoi Konstantopoulou 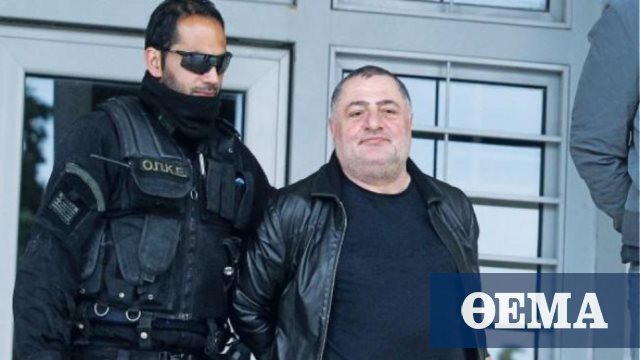 Today the Supreme Court continues to hear the case in the presence of the wanted Georgian, with her lawyer developing the request for exemption.

Georgian Lassa Sousanasvilli, known by the nickname "Fat", is wanted by the French authorities and yesterday the request for extradition to the Areio Pago would be discussed. The request for extradition was submitted by the French authorities and assigned the Georgian leader a role in a criminal organization that committed thefts.

However, the procedure did not go ahead because Mrs Konstantopoulou had filed a request for the exception of the highest judges of the Supreme Court's political department. The lawyer argued that "in an unprecedented way the court meets in August, as in the past never happened for a minor criminal case." As Mrs Konstantopoulou said, "the reason why this is because the government has promised in France, that is, a lender, to deliver it, has completely undermined the independence of justice, because all the principles of the rule of law are now restricted, only to satisfy the lenders … ".

Moreover, the lawyer referred in that regard to "direct intervention by the government and the Supreme Court Prosecutor in the case simultaneously with new government interventions in justice" and argued that "the French authorities' arrest warrant was based on minor offenses – such as perfumes, a backpack, etc. – and is not burdened with involvement in a criminal organization. "

The 57-year-old Lasa Sousanasvili was arrested last April in Thessaloniki during a joint European police operation, both in Greece and in France.
The Thessaloniki Court of Appeal responded positively to France's request for the issue of Sosanasakilis, subject to its return to Greece at the request of the judicial authorities, as it still has outstanding issues in our country.