Gregory Skalkeas, a scholar, has died 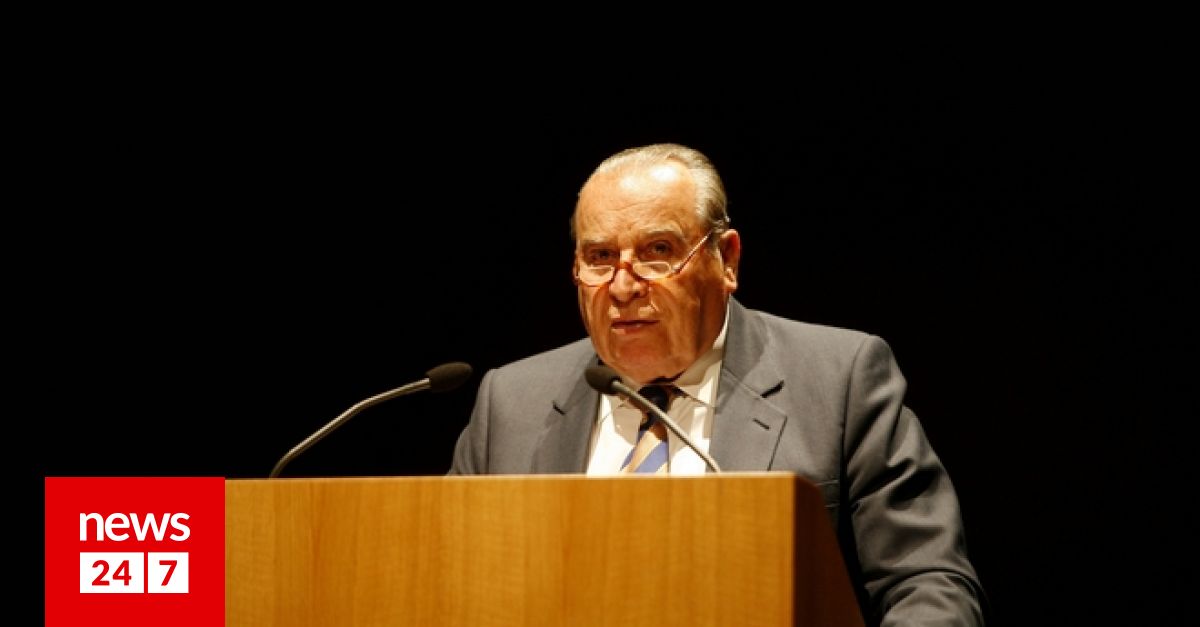 He left life at the age of 90, after a long-term illness, the academic, university doctor Gregory Skalkeas.

He was born in Areopoli, Laconia, in 1928. He studied medicine at the University of Athens, where he received the specialty from General Surgeon.

In this department, the first interventions of congenital heart defects and valve replacement were performed in the early sixties.

In 1967 he was elected a tactical professor in surgery and he organized a new surgical clinic. During his university tenure, he was Deputy Professor of Journals and Ocraology.

Approximately 200 (200) dissertations and fifty (50) theses have been prepared for this course. During his stay at the University of Athens, he trained a large number of surgeons, seven of whom hold positions of Tactical Surgery Teachers at universities in the country, many as vice presidents and chiefs of professors and directors in large Greek state hospitals.

He has been a member of forty Greek and international scientific associations and colleges. He has served as President of the Athenian Medical Association and the Greek Society for Surgery, as well as many other scientific companies. In 1975 he was elected, a foreign partner of Académie de Chirurgie, and a member of the New York Academy of Sciences, and a member of Academia Europea, in which he was elected. In 1977 he was elected clinical professor at Ohio State University in the US. He received the title Friends of the Democritus University of Thrace and obtained the doctorate from the Faculty of Medicine of the same university.

He was an old member of the Greek-French Association and he founded in Greece the Hellenic Club of the European Club of Culture (Club Européen de la Santé). He founded many new scientific societies in Greece and the Greek department of Collegium Internationalae Chirourgae Digestivae.

He wrote four scientific books and published a large number of scientific articles, most of them in the international press. His work is to establish, at his own initiative and initiative, the Institute for Biomedical Research at the Academy of Athens. He provided the resources, from Greek and European sources, for his assembly, equipment, personnel and operation. The facilities are twenty-five thousand (25,000) square. (7) Research centers covering the whole range of modern medical research (Basics and Clinics).

The foundation aims to promote biomedical research in Greece and to solve the health problems of the Greeks. Honorary President of the Phoenix, the lord of the Ecumenical Patriarchate of Constantinople and the Supreme Intelligence Officer of the Orthodox Crusaders of the Patriarchate of Jerusalem. He is honored with many medals.

He has been a regular member of the Academy of Athens since 1989. In 2017, the candidates for the Panhellenic exams of students of the General Lyceum were examined in the course Modern Greek Language, on the subject & # 39; a never-ending struggle & # 39; of man for acquiring knowledge, in a speech adaptation, At the Academy of Athens, Gregory Skalkes,

Declaration by the President of the Academy of Athens

"Today, a rare personality, one of the most emblematic and charismatic in our country, has left life, a great visionary and creator with a major contribution to medicine, the Academy of Athens and, more generally, the Greek society: the professor of surgery and Academic Gregorios Skalkeas, founder, founder and chairman of the Institute for Biomedical Research of the Academy of Athens, "said Antonios Kounadis, president of the Academy of Athens, Ion relations, etiquette and cultural events of the Athens Academy .

"After a long and painful test, with joy and endurance, he left his last breath in the Aretaieo hospital this afternoon.

On behalf of the Academy of Athens and IEEAA, I express my cordial condolences and warmth to my relatives and other family members for the highest comfort, "said Mr. Kounadis.

Their sincere condolences to the internal academic and ecumenical professor of Greek Cypriot University, Gregory Skalkea, have also been expressed by the authorities of the rector and the academic community of the University of Athens.

"A leading member of the Academy of Athens, a scholar who has enchanted generations and generations with his knowledge on multiple levels, a separate whole man, a patriot with great public and social contributions, Professor Quick Stacca, has left us today.

His great work is unable to compensate for the genuine sadness of national loss.

He made us all proud that we are Greeks and his colleagues, and the homeland is proud of her wonderful child.

It is a good paradise for a teacher, "is the message of the academic Kostas Synlakis, chairman of the Academy of Sciences of Athens for the loss of Grigoris Skalkeas.