"He left" suddenly after 10 days of illness 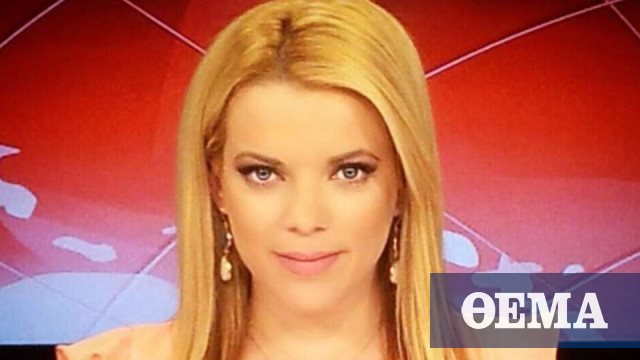 The Sunday morning of August 19, 2018 did not look like anything else. The tragic news of the sudden death of journalist Natasa Varela declined in her pain and grief, relatives, friends and colleagues in the journalistic field.

He was only 33 years old. Her death resulted, according to the evidence, from gastric perforation. In the past ten days, because of the feeling that she felt that her job in New Canal was missing.

According to her father, the unhappy girl had problems with stomach problems, but she and her parents did not pay much. At sunrise on the day, fever and severe abdominal pain, she was admitted to the hospital and Natasha arrived within two hours.

Natasa Varela was born in 1985 in Megara and after completing her lycée studies followed the Communication and Mass Media department at the Kapodistrian University of Athens. He worked on television stations and in newspapers. He worked at Extra and then on the Epsilon channel, while eventually working in New Canal, where he presented the Queen Petridas as a health show.

Vassiliki Petridou, crushed by her friend's unhappy girlfriend, reported that last month she saw that she was very naughty and tired. The last time she was informed, she was when Natasha's family brought her to a hospital with high fever and abdominal pain.

The sudden death of Natasa Varela has caused sadness in the field of journalism and politics.

His condolences were expressed by the government spokesman Dimitris Tzanakopoulos.

"For the premature loss of journalist Natasa Varela, I warmly congratulate the family and her family".

As stated in the relevant announcement, ESIEA "began her journalistic process in 2006 in the newspaper" HORA ", and then she worked in the free report of the newspaper" FINANCIAL BOX "while working for a short time in an insertion of the newspaper" ADAMSMETIS TYPE "and since May 2007 he worked for several years on the TV channel" EXTRA 3 ", where he presented the evening news to the public, her latest collaboration was to be the television station Epsilon and the new channel.

"Natasa Varela was a talented and talented journalist who showed creativity, consistency and dedication in her short life, and it is unfair for people to lose lives without having to taste the fruits of their efforts," he notes. "The Board of Directors of ESIEA congratulates her family and says goodbye to the unhappy colleague who left so early and suddenly in life."