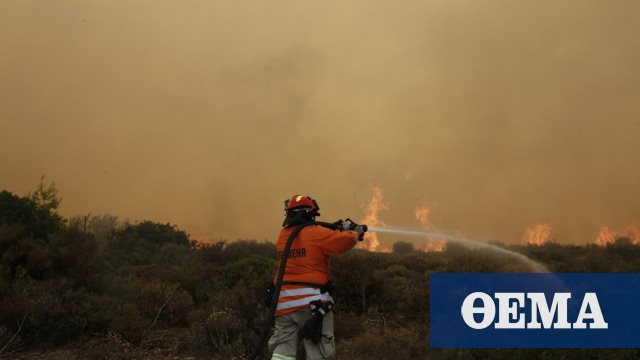 When the 48-year-old beekeeper was arrested, the research department of the Patras fire brigade continued as responsible for the fire that took place earlier in the afternoon on an agricultural ground in Ano Kastritsi.

Katsifaras: "Absolute confidence in the leadership of the fire brigade"

Meanwhile, Apostolos Katsifaras, the regional governor of Western Greece, referring to the arrests of two people accused of arson in the wider area of ​​Amaliada (Dafniotissa, Analipsi and Geraki), which a few hours after he sent the letter to the head of the Fire brigade had been sent, was made,:

"I had asked for an immediate explanation of the causes that caused these fires, because we had four difficult fronts, very close together, in the same geographical area, in a place that had a similar fire a year ago in 2017. in coincidence can not be attributed. "

Mr. Katsifaras concluded that he "has absolute confidence in the leadership of the Fire Department at central, regional and local level, which was immediately mobilized".