I tried to warm him up to get him back 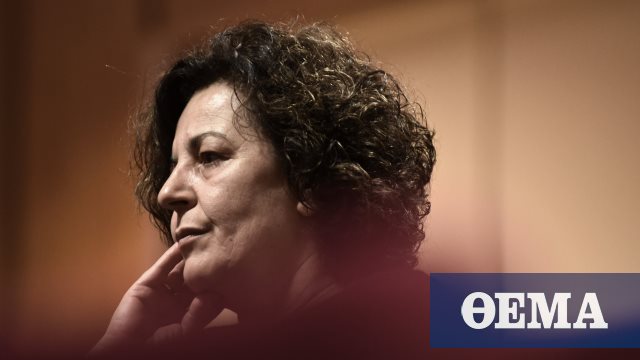 Five years were completed from that night on 17 September until 18 September when George Roupakias knocked the knife in the heart of the unmentioned rapper Pavlos Fissa or Killah P. as he was known in the field of music he represented.

With words that shock his mother, Magda speaks with Real Fm & # 39; s show, "Ellinofrenia" for the fatal night of his murder, as well as what followed with the Golden Dawn lawsuit. For that, "justification would be to turn Paul back".

When she asked her how she would feel when she heard the final decision about her child's murderer, she replied: "I do not know if it's a vindication, I do not think we'll ever find justice." But there's a fight part of him, I go there, I'm the mother, the lawyers, I believe they'll have a vindication, nothing covers me, even if they tell me that the Constitution is going on and they do it. very little for me, our child wants us, can our child bring us back? "

"Certainly it would be good to see them condemned, but no matter what the sentence, and the Constitution to go and the death penalty exist, I would not be satisfied again," Magda Fissa notes.

"I would make Rupakia songs"

"There is no trace of repentance on their faces, instead their own people regard them as heroes, they are their children, the husbands are the ones I see, and the lawyers are still provocative," he says of the Golden Dawn. .

"Until the trial began, there was no hatred, because I did not have time to sit and think about the guilty, but hatred has come and it does not pull back in time."

Whether he would talk to Roupakia, he answers what he should say to him. Allow him to warm up, pieces that I would do with him. What is to tell me is a paid murderer. & # 39;

The fateful night, as Mrs. Fissa said, Paul himself was the one who told the police they were stabbing him, the moment Rupakia entered the car to leave the point. As the police say, they were in fact initially put against the Fossa, who just accepted the knife and caught Rupakia and said, "Come on, you hit me and you leave me?"

At that time, however, they came to a patrol on the other side of the road and did not let him go. When they put him in the patrol, he said: "I am yours". The policemen asked "are you a policeman?" To receive the answer "not the golden dawn".

With regard to the role of justice, he says that he has confidence and that any delays are due to the rules themselves, not to the judges.

"I have tried to make him warm, to do and to do nothing"

He goes to the hospital to see him. But Paul has left life. Referring to those dramatic moments in her memory, it causes a sensation of emotion.

"I tried to warm him up and do nothing, I thought if I warmed him up he would be better, but he said," he says.

The Magda tree said that he goes every day from the point of death, where the monument was erected. "I say goodnight and goodnight," he said, saying vandalism, "It hurts you at the moment, but it's cement, the cement is being cleaned, you crush it, and you rebuild it, but now Paul does not back. & # 39;

After five years, Paul is missing from her "mother". His absence is the most psychedelic of all this. What I miss most is "mother", she remarked.