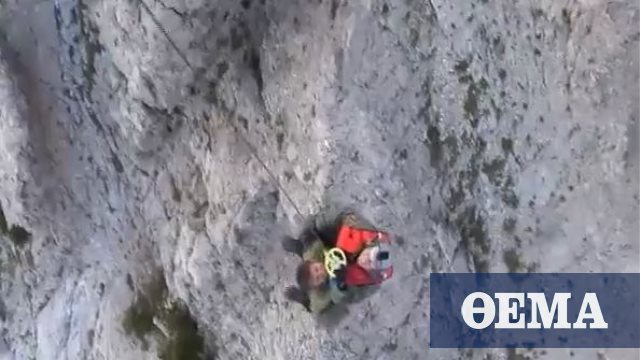 Video of the impressive rescue operation of French tourists with Super Puma in a gorge in Taygetos was published by the Air Force.

On Monday morning, the Air Force's Super Puma helicopter rescued two French mountaineers who were trapped in the Rintomo Taygetos gorge at an altitude of 1950 meters.

The helicopter carried the survivors to the 120 Air Training Wing, at the Kalamata Air Base, where they received an ambulance vehicle from the EKAB.

Here is the rescue video: