In recession the fire in Rovies, Evia 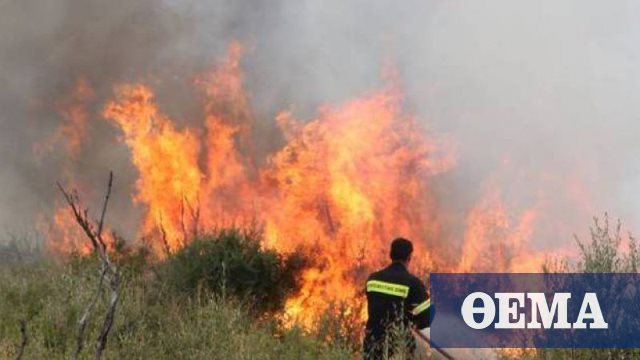 In the work of extinguishing 50 firefighters with 25 vehicles, 18 walkers and OTA vehicles

In a recession is the fire that took place some time ago in a forest area near Rovies Evia. As noted by the Athenian – Macedonian press agency, a fire service representative is not at present at risk for residential areas.

It is noted that in the wider area from the point of fire earlier storm broke out and it was therefore not possible to approach the point of fire for some time. They managed, however, to make some throws shortly before the last day of the day.

In the area that they try 50 firefighters with 25 vehicles, 18 tractors and OTA vehicles.

According to the fire brigade, the extinguishing forces remain on site and during the night.

"We can say that the fire is in recession, but there are constantly very few resurrections, and with the first day of the day we have access to the antenna that will decisively help us in the search for the extinguishing of the fire", emphasizes the Athenian and Macedonian news agency, the regional commander of the fire brigade in Sterea Hellas, the most important archbishop Nikos Spas. .

# Fire in a forest area in Rovies Evia. They run 24 firefighters with 12 vehicles and 5 walkers.