Let the people unite against the measures that knelt on us 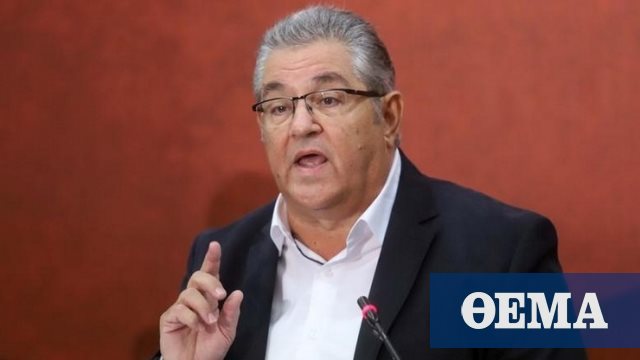 "The dangers are growing, imperialist interventions are also being promoted by Greece, with the primary responsibility of the current Greek government," said the secretary general of the KKE

"Our presence here today wants to demonstrate the necessity of this large, historical, archaeological site upgrade, and of course we must point out that there are also rich thermal springs that can not be privatized nor given to Greeks or foreigners. to be exploited and to become public property so that healing tourism along with the archaeological, etc., can also be developed so that our people can be healed and enjoy the beauty of the country let us know ", said the Secretary-General from the KKE KKE, Dimitris Koutsoumbas from "Thermopylae 2018".

In response to a journalist's question, regarding a statement by the Greek Cypriot People's Party about the unity of the Greek people about many dangers and dangers, D. Koutsoumpas said: "The Greek people must unite, the workers, the peasants, the youth professionals, the women of the popular families, have nothing to share.

We all need to unite and fight for the measures that have been presented to us during these years of the memoranda and the new measures included in the Memoranda of Memorandum, but of course also for the recovery of all victims, such as those who have been dismissed at home. and of course with regard to so-called national issues. As the dangers increase, imperialist interventions are intensifying, and Greece, led by the current Greek government, and from the former, becomes a carrier of NATO and the Americans in the wider region that poses new dangers to our people. "