"Myth" that Greece is chosen as a cheap tourist destination 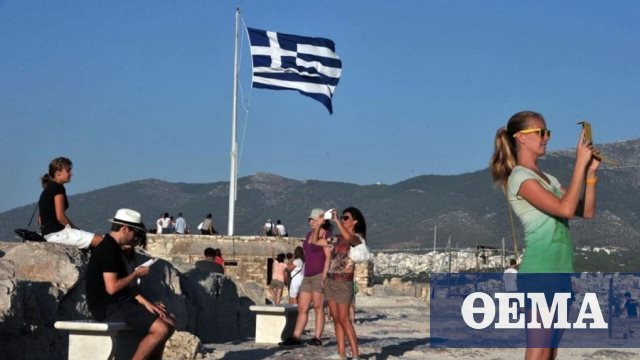 "The profile of tourists in recent years has changed and Greece attracts high-income visitors," according to a survey by the Association of Greek Tourism Companies.

Greece attracts tourists with high incomes and the opinion that our country is mainly chosen as a "cheap destination" is just a myth … In this conclusion comes an investigation by the Institute of Insect (INTE), according to which the perception that Greece is a destination for low-income tourists.

On the contrary, as stated in a SETE statement: "the profile of tourists has changed in recent years and Greece attracts high-income visitors". Help for visitor tourism from higher income classes is evident, according to official figures: "At least 6 out of 10 tourists have a high income profile."

"The rise of luxury tourism is reflected in the high two-digit growth of the duty-free markets, the increase in tourist revenues by € 1 billion compared to 2017 and the 12% increase in hotel profitability in the first five months of 2018 compared to last year. year, "they also report the data from the INSETE survey, also stating that" in recent years, tourism in Greece has not only increased significantly in arrivals and revenues, but also a number of other productive sectors that are reflected in all official figures and indicators ".

As noted in the announcement, SETE is constantly trying to improve the tourism products and services offered, supports the Tourism Ministry's national tourism policy, but also emphasizes the value of tourism in all productive activities in Greece with a very successful Marketing Greece tourism campaign "Tourism value for everyone".

Finally, it recognizes the major efforts of the Ministry of Tourism, as it stresses in the communication "The private sector and the members of SETE acknowledge that the tourism development achieved in recent years by a specific planning and strategy by the Ministry of Tourism has contributed to the increase of the cycle: work not only of the tourism sector but of all sectors of the economy that are directly and indirectly linked to the strong increase in tourism. "