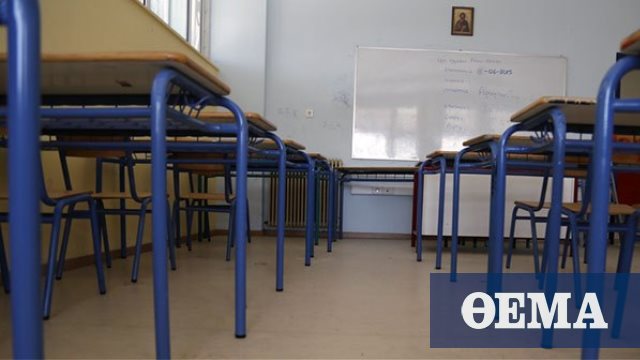 For omissions in too many areas, OLME speaks, since, as he says, the appointment system ignored them, along with many statements from delegates.

As the Federation emphasizes, "many of them did not see their name in the relevant decision or were taken to another area under the responsibility of the ministry," while areas such as Heraklion Crete, Piraeus, Chios, Oinousses, Psara, Eastern Thessaloniki and others are confronted with such problems.

According to the relative announcement of OLME:

"It is a well-known position of OLME to state that all vacancies and recruitment of deputy colleagues must take place in one phase, starting in September, so that all schools will work with the necessary training staff.

This position has contributed to the efficient functioning of schools since the beginning of the year and to the fair placement of the deputies. But with great concern we found that this year the system of alternate appointment was ignored or did not contain too many gaps in the area, leaving them unprotected and causing a lot of unrest in the recruitment of deputies who ignored their statements. The inability to to indicate all gaps in the system has a very important parameter, the human one.

Our deputy colleagues, those who have supported schools in these times of crisis, are mainly people. Today, under the responsibility of the ministry's agents, many of them did not see their name in the decision or were taken to another area. Indicatively we call areas such as: Heraklion Crete, Piraeus, Chios, Oinousses, Psara, Anat. Thessaloniki, et al. The aforementioned omissions also, as is clear, relate to General Education and Education to pupils with special needs.

The Ombudsman's board of directors complains about the unacceptable slowness of the services of the Ministry of the Interior, Education, about a major problem such as recruitment. It requires that all gaps are collected and that the system is directly managed from the start and that it is appointed to the tables of General Education and Education for Special Needs. "