Scholarships in Skopje for … refrain from the referendum

greece September 30, 2018 greece, Nation Comments Off on Scholarships in Skopje for … refrain from the referendum 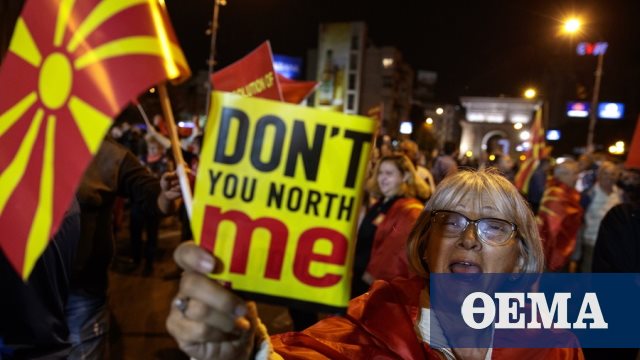 Demonstrators set up a platform on the main street opposite the Macedonian parliament, to celebrate the large number of abstentions in the referendum

Citizens of Skopje have started to visit the entire Macedonian parliament to celebrate the big abstention rate in the referendum on the nomenclature agreement with Greece.

Demonstrators have set up a platform on the main street of the city. As a result, the traffic stopped at that time. There have been speakers in the field, who say that "Macedonia belongs to the Macedonians" and that "the country has won again".

The square opposite the House has flooded media at home and abroad, with the celebrations being recorded.

VMRO President: the population voted against the Prespa agreement