The businessmen of the island respond with lawsuits 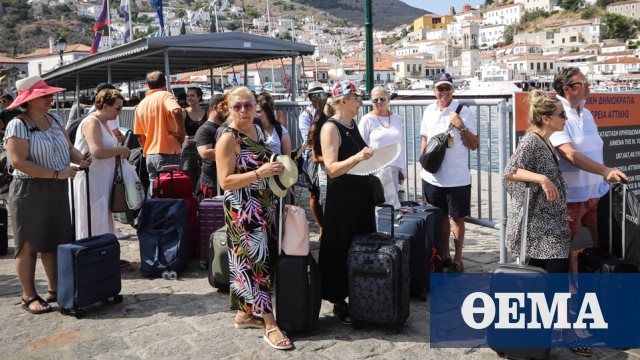 Determined to go legally to compensate for the damage they suffered, and to check the responsible, the hoteliers and businessmen of Hydra, who have stayed for longer than one day without electricity and water from 05:30 at sunrise have sun.

In conversation with SKAI, the hotel president of the island, Maria Kladaki, pointed out the problems that had arisen, which seriously affected the tourist season.

The blackout started at 5:30 in the morning of Sunday. The interruption of the electricity supply also had direct consequences for the water supply of the island, because the pumping stations do not work. The long-standing interruption in electrification has led to serious problems, since shops could not operate practically, raw materials have changed and there are few tourists looking for a way out of the island. The damage was due to the distribution network and not to the Hydra interface.

In anticipation of the 104.6M THEME, the president of the Union of Hoteliers, Maria Kladaki, recorded the dramatic hours that passed the beautiful island of Argosaronikos: "The disaster is too great, it is impossible that nothing works." Customers are furious and we will each other suing each other: ATMs do not work to make people money, slander is huge, we try to calm the world, today the island will be emptied with such circumstances. "

The announcement of the

CESR announces that after the partial clean-up of Hydra electricity this morning at 11 am, the electricity supply for the entire island has been restored to 15.10.

The crew of the DEDDI repaired a fault in the medium-voltage grid at the land connection of the island and activated the submarine connection of the Hydra network with the mainland while the main-boat cable slot continues.

For security reasons, until the completion of all operations and the main interconnection, the island remains simultaneously 3 MW power generation units, which guarantee the energy autonomy of Hydra and its uninterrupted power supply.

The DEEPE again asks for the hassle of the residents and visitors of the island.

Previously, restaurant owners, angry, were forced to let food fly out of their fridges, while many tourists decided to leave Hydra.

"The situation is tragic, we have no water at all, we do not have a second daily flow and the situation is really hopeless, damage to our stores is too great, tourists come to ask for food and water and we are expelled. us and will not compensate us, "said Mr Kostas Kehagioglou on protothema.gr

"Yesterday we closed the store very quickly and I had to shoot more than 100 people because I was forced to fly most of the food without electricity, some getting water from the island's sources and being served."

Apart from electricity there is no water on the island, because the desalination plant of the island works with electricity. So when the stocks were consumed, the taps were arranged. The Attica region last night advised the island in case of emergency, while the navy carried water carrying Stymphalia water – the ship sailed to the island at about 3 o'clock in the morning. Late last night there were tensions in the port of Hydra, because tourists were looking for a ticket to leave.

According to what he said in THEMA 104.6, the chairman of the PPC technicians Costas Maniatis detected the damage that resulted in the interruption of the electricity supply in Hydra in a submarine cable.

The island was declared Monday morning at 9.30 am in an emergency following a decision by the General Secretary of Civil Protection I. Tafilli. Last night a suggestion made by the Regional Governor of Attica Rena Duro.