The first "bells" to pulse for the fiasco with the Rubikon 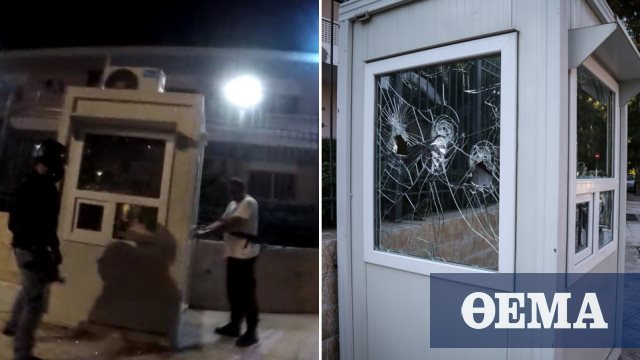 The guardian policeman who played in the video with the attack by Rubikon at the Iranian embassy and the commander of AT Psychic received the first "bells" for the fiasco with the image of a policeman holding the "orders" of a member of the anarchist group obeyed.

The guard was transferred to the pedestrian patrols of the center of Athens and the commander of AT Psihiko moved to the transfers.

The two policemen ran on worse until the Sworn Administrative Discipline for the incident occurred at dawn on Monday. This is a process that was initially initiated for SAD cases against police officers dealing with financial crime, but was then extended to other services.

Informally, the movements of both were made directly by the head of ELAS, whose inconvenience for the fact that they did not do their job well was clear.

The governor of AT Psichiko before he was in that position, served during the investigation of the Golden Dawn case at the Office of Internal Affairs. His move was allegedly why, as an "incorruptible", he had accused many officers of engaging in the Golden Dawn without ultimately proving anything for most of them.

Video at the time of the attack: