The five-year-old died of an antibiotic that had recovered 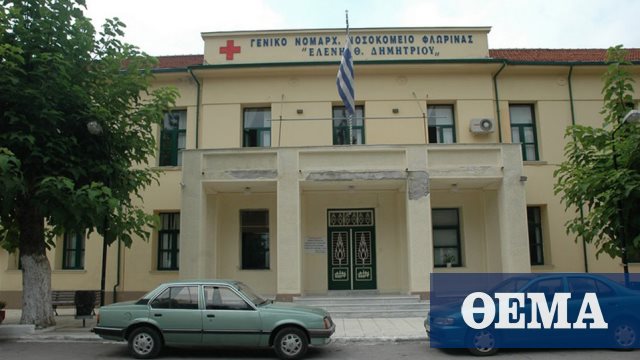 In a state of shock, the parents of a 5-year-old girl who died suddenly yesterday in the village of Variko, Florina. The little girl was taken to the hospital when she complained that she did not feel well and collapsed in the eyes of her parents. The doctors who had investigated discovered that the 5-year-old girl was already in a coma and could not offer him any substantial help despite the fact that he had done resuscitation efforts. So, a little later, they were only limited to the formal determination of his death. Everything indicates that death was caused by an acute allergic shock caused by an antibiotic, which in fact had the unfortunate child again.

Surprised parents could not believe what happened to their family after nothing had given up the evil that would come. Small parents told doctors and police officers that there was no precedent for the death of the child.

The 5-year-old had a high fever and her parents visited the pediatrician who recommended them with antibiotic treatment and said they should start immediately. The mother followed the doctor's instructions, gave the medicine to the five-year-old girl and after about a quarter the child complained of a severe tingling in the throat. Then he called for water, he surrendered and from that moment on he began to count the time for the five-year-old. She lost her senses, fell to the ground, and despite the efforts of her mother, the woman could not bring the child back. Immediately he was informed and the father ran home and carried the child to the hospital. The doctors struggled to get it together, but unfortunately their efforts did not work because the child was already dead.

According to Coroner Ioannis Fountos, who performed a necropsy in the body of a little girl, the life-yarn was shortened for the 5-year-old after an acute allergic shock that was probably caused by the administration of an antibiotic. According to her young parents, the five-year-old girl had the same antibiotic again in the past without problems in the health of her child. This will of course be confirmed once the results of the toxicological tests become known. According to information, parents have been informed that the incident has collapsed since yesterday they are in shock, while the death of the 5-year-old girl has caused sadness in the village of Varico.

The president of the hospital

It is noted that, as stated in the AEP-MPA, the director of the Bodossakio children's clinic, Dimitris Kyphonidis, the child when he arrived at the hospital, was sympathetic and bruised and had all the characteristics of the deceased. The efforts of doctors to bring it back to life with cardiopulmonary resuscitation (CPRD) and resuscitation did not work. Forensic research has shown that death is the result of an allergic shock after taking a commonly used antibiotic that is loved by children because of the pleasant fruit taste.

According to Mr. Kyphonidis, the baby had a fever this morning and after he examined it, a private doctor gave him an antibiotic with the prescription every twelve hours, at 8 am and at 8 pm. After administering the antibiotic, at 8 o'clock that evening, the little girl felt thrown into the throat, asked for water and after drinking it, she sank. Immediately afterwards the father, together with the village president, brought the child to Bodossaccio with a private car but was already dead and the doctors' efforts to restore it did not work.

Kyphonidis said that since a child has no allergy to a specific antibiotic, he can use it normally and attribute the event to the bad hour.