The former deputy, Giorgos Dimitrakopoulos, is going through the counterattack 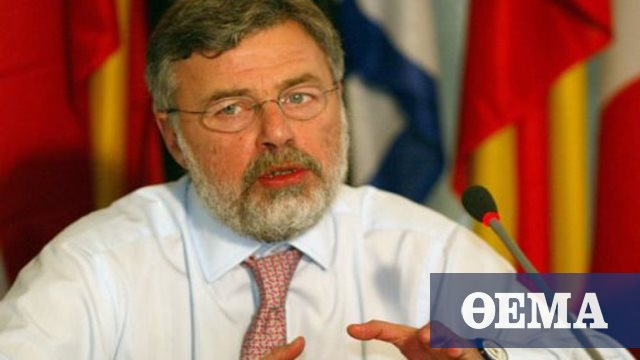 The former MEP reacts to what his mother said and speaks of a "methodical" statement, while, without naming them, he refers to "two unscrupulous persons known to all of Larissa" who have "suitable family property"

The former deputy, Giorgos Dimitrakopoulos, who disputes the content of his mother's statements, published in the newspaper Eleftheria of Larissa, about his and her husband, goes to the counterattack.

Dimitrakopoulos made the following statement:

"On the occasion of my mother's statement, Danae Dimitrakopoulos, which is published on the day of Larissa's newspaper" ELEFTHERIA "about myself and my wife, I have the following words:

"My mother's supposed solemn declaration is impossible of the same, with the reproach for me and my husband." It was modeled, as was the alleged delivery to the policemen, without the presence of a public prosecutor as it should have been, of the two unscrupulous people Larissa knows about, who take over our family ownership.

My mother suffers in general from senile dementia and therefore can not make and write statements. He is therefore led by these two unscrupulous faces who have created a suffocating ring around them to serve their own purposes.
The case is now in the hands of the judge and my legal adviser, Mr Alexis Kougias, will immediately inform the Supreme Court President, Mr Pepas and the Prosecutor General of the Supreme Court, Ms Dimitriou, of what is illegal in Larissa and that has immediate political consequences because our family newspaper is not accidental, but the largest in the region ".