The girl who raped Zefyri missed the risk 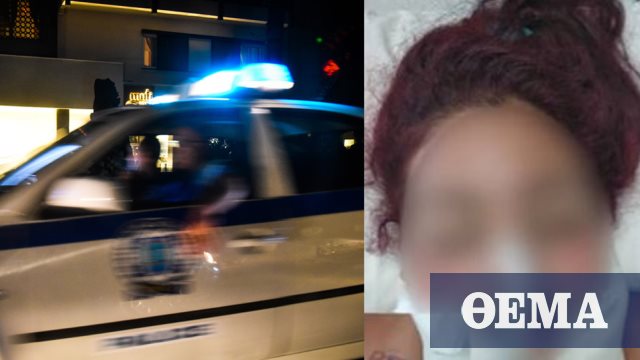 She regained her consciousness by escaping the risk of a young girl who had been left behind a few days ago and in a very bad state on a road in Zefyri.

In fact, a woman appeared to the police on Tuesday and told her relatives. This woman is the grandmother of the girl and recognizes her from photography. Together with her supposed sister they appeared in the hospital and, as they said, they were looking for her for a week.

According to Star's exclusive information, the girl is 22 years old, has an 8-year-old brother and lives in Agioi Theodoroi, Attica. As her grandmother and sister have said, she has been involved in drugs for two years now.

As it became known, her police officers received a testimony of what had happened during the fatal night of the attack, while giving the authorities full details of her identity.

The time of wild abuse

On Wednesday afternoon, the 22-year-old was brutally abused by unscrupulous offenders who "flew" to the side of the road.

The Sikelianou street, where she was in a loose state, the unhappy girl is one of the streets of drug trafficking.

When the NEAB transported her to the hospital "St. Olga" before she fell into a coma, two different nurses asked her for her name, but the young man was confused. The one said she was called Mary and the second Eleni. The girl then moved to the state hospital of Nicaea, where she remained in critical condition in the intensive care unit.

According to information, it is possible that the rape of the girl was made somewhere else and then thrown to Zefyri, on the Sikelianou street, while it was not excluded that she had given her substance before her wild sexual abuse.

In the next few days, the results of laboratory tests are expected because they have taken DNA samples from her nails and the clothes she wore.