The obsession of Southwest with Rubikon shows its ideological isolation 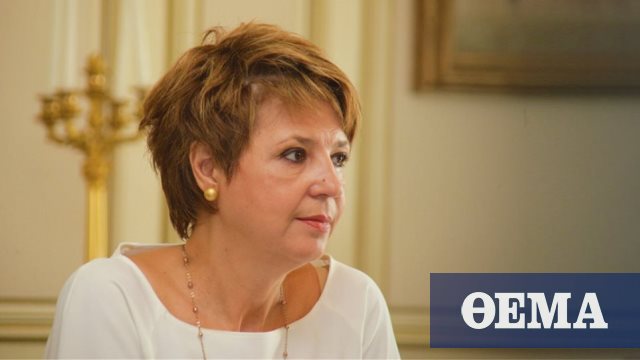 "The aim of the government remains to get meaningful significance for the protection of all citizens without exception," said Olga Gerovassili, the minister of civil protection, in an interview.

Mrs Gerovassili also refers to the fact that she is the first woman to hold this ministry by saying that "the fact that women take responsibility in essential areas of public life and politics should not be news in 2018". He also said that for the first time taking the wallet by a woman symbolically points to the way the government has determined and strived for Greek society. "That of equality and the elimination of all kinds of exclusions", emphasized the minister in her interview in the "Journal of the Editors".

The new minister of civil protection recognizes the criticism and complexity of the problems he faces and he is ready to tackle them both institutionally, organisationally and operationally. "The goal of our government remains to render the concept of protection of everyone irrespective of citizens useless," he added, adding that "in terms of protection and security, we should automatically mean equality of treatment of citizens against the law." equal access to the right to protection on the whole territory, equal rights for everyone, these are of course things that escape the neoliberal safety story ".

Ms Gerovassilis said in an interview with the Journal of the Editors on the subject of terrorism: "The best way to deal with terrorism is to prevent the causes of it from spreading, defeating corruption, discrediting politics, exclusion, social discrimination and inequalities ", and accused New Democracy of the fact that the perception of security is the same as wild repression. "Any other approach seems inconceivable and can only explain it as a" privileged "relationship with … terrorism."

Responding to a question about Exarchia's "exodus", the minister said that the "issue of the exarchy" was not finally addressed with only police work. Neither by recruiting good and bad, but also by adding that cooperation between residents, actors, collectives, political parties, self-government, state and coordinated collective effort is necessary to find the causes of the problem.

For the "Rubikon" Gerovassilis said that "the perseverance of ND with the" Rubikon "shows its ideological isolation from the real problems of Greek society" and that ", as long as it can not formulate a substantial political reason for the security issues. if they employ Greek citizens, the more they spend their Rouvikon. "

Referring to the government's recent reshuffle, he said that "in a left-wing government there are those who can formulate a programmatic reason that responds to the effects of the crisis, on the other hand it leads to the strengthening of democratic institutions and the public importance of the interests of the citizens. "