The prosecutor asked the police to be arrested for the "Bulgarians" 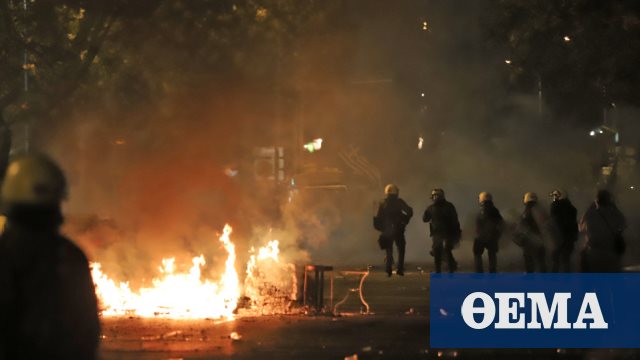 Three men from the MAT team and their chief officer are accused of attacking a journalist and racist insults against protesters – To be arrested within the limits of self-defense, the prosecutor asked Emmanuela Ketziatzis

A lawsuit against the alleged journalist, Tasos Aslanidis, was filed on the website of thestival.gr, where, in addition to the attack by the dirriates, he denounced charges against protesters with racist characteristics. In his complaint he adds audiovisual material that, in his view, proves his allegations.

In these circumstances, in view of all the foregoing, the Public Prosecutor requested the arrest of the persons prosecuted for the duties of dereliction of duty and, as the case may be, racist fever and dangerous personal injury. As is known, calls have already been sent for their arrest.

According to the report, these police officers arrived in Thessaloniki from Athens, where they serve the needs for police measures to mark the inauguration of the 83rd TIF. According to prosecutors, the head of the platoon has the rank of police director. According to the same sources, all of the above have been returned to Athens and according to the order of the Public Prosecutor, they are looking for the limits of self-care.