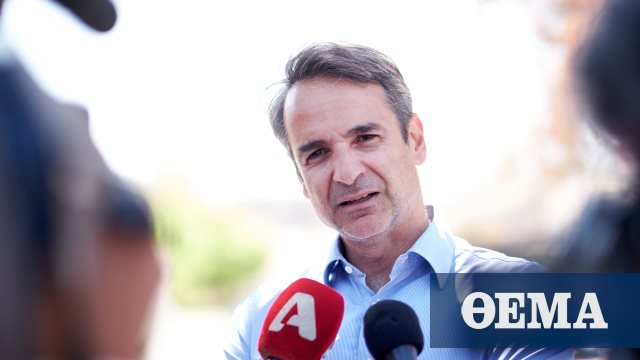 The serious problems that remain unresolved in Mati one month after the "embezzlement" of July 23, the head of the biggest opposition noticed Kyriakos Mitsotakis found for the second time in the fire-affected areas.

The ND president committed himself and his party to do everything possible "to regenerate the region as quickly as possible, to regain character and to improve the disruptions that existed in the past."

Mr. Mitsotakis discovered that despite the one month that has passed since the devastating fire, the emotions that dominate Mati are sadness, anger, and indignation. That is why he underlined the need to "give all responsibilities wherever he should be".

As she said, "there is trust in justice that her work should be done very quickly" and "in a republic there is responsibility and responsibility."

"Some have plundered 96 people and hundreds, if not thousands, have lost their fortunes, and responsibilities must also be identified and attributed," he emphasized.

The seven "wounds" that still hurt

During the contacts he had with the savage residents and actors of the area, her step New democracy which Mr Mitsotakis accompanied, pointed to the very serious problems which, under the responsibility of the government, have not been resolved. In particular, they were told by the victims themselves:

● The rent subsidy for which the government has pledged has not been claimed.
● The allowance for parental care is being processed, while the victims have not received any compensation for households and households and have also promised them.
● It has not been clarified how the money taken into the bank's bank account is used at the Bank of Greece and the account of the Rafina municipality.
● After 30 days there is no official information about the air quality in the affected areas. This is a fundamental problem with regard to public health and in particular the vulnerable populations who have returned to their homes.
● There is no clear picture of the new part of the region, because there is no more radical intervention than the expropriations in the Democracy Street that the Ministry of Infrastructure and Paving will do on some other roads.
● Marathon Avenue at 6-7 points has no current, like Neos Voutzas at points within the administrative boundaries of the Marathon.
● There is no reliable and standardized procedure for removing asbestos. At present, the Ministry of Infrastructure does not accept the applications of citizens, but only removes the red houses that have to be demolished.