The surveys for the 22nd year in Oinousses are unsuccessful 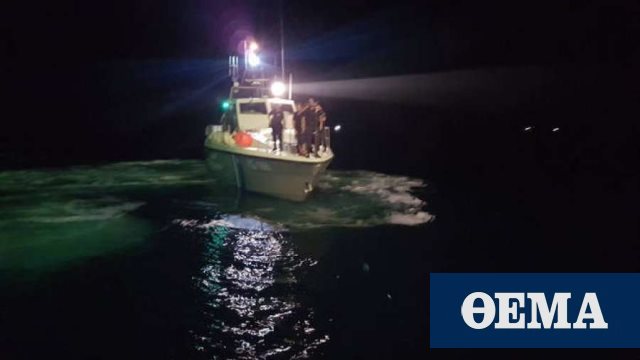 The efforts of the Coast Guard to trace the 22-year-old missing shipwreck in Oinousses continue unabated despite the difficult circumstances. By the end of the Saturday night, however, the young man had not been identified, while the darkness of the night made it even more difficult

The coastguard's announcement followed with all the details of the operation:

"The united center updated Coordinating researchers and rescuers of the Hellenic Red Cross-Hellenic Academy of Sciences, in the early hours of the morning, for locating and retrieving the Panagia Despoina Chios 525 from a 24-year-old (floating raft – robot lamp), in the sea area south of Oinousses

According to a statement of the above, together with her 68-year-old father, her 22-year-old brother and a 59-year-old (in total four -04-passengers), on the Chios 3068 Chios Avenue, (19459003) Immediately Under the coordination of the Single Research and Rescue Coordination Center, a large-scale search and rescue operation was started to locate the three (03)) missing in the wider sea area. it detected and contacted by the offshore vessel LS-EL.ACT. the 59-year-old was found in the morning hours by "PANAGIA DESPOINA" and was recruited by the rescue ship LS-EL.ACT. (19459002) In the surveys participated in an offshore ship LS-EL.AKT, two (02) patrol vessels LS-EL.ACT, lifeboat vessel LS-EL.ACT., Ferry, many private and professional boats, as well as a professional diver. At the same time two (02) SUPER PUMA helicopters from the Hellenic Air Force left. and a FRONTEX combat helicopter, while surveys were also conducted from land with patrol vehicles from LS-EL.ACT

The two (02) survivors were transferred to the "SKILLSION" General Hospital of Chios for first aid, on the same way and the body of the 68-year-old to perform a necropsy – a necropsy

An investigation was carried out by the Chios Central Port Authority, no pollution was detected of the incident

22-year-old investigations are going on with negative results so far.