The three foreigners were cautious about the murder of Philopappou 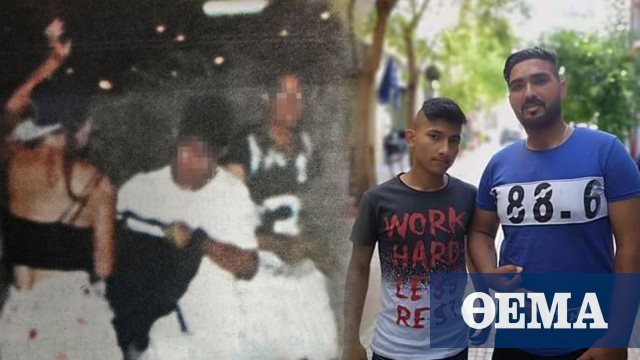 The three prisons – two Pakistani, aged 17 and 28, and a 25-year-old Iraqi – accused of killing the 25-year-old student Nikola Moustaka, on August 15, on the hill of Philopappou, took their way to the prisons.

At the expense of them, the prosecution service filed criminal charges for which they had appealed before the 13th investigator and these charges were immediately taken into custody immediately after their apology.

Specifically, at the expense of the three aliens, persecution for manslaughter, deliberate robbery, illegal artillery and gang formation have been pursued.

The shameful crime that shocked public opinion took place today in Philopappou, where the young man was together with a 23-year-old Portuguese girlfriend.

"Furious", the family of the undergraduate student declared a civil action in the current research process, through her lawyer, Dimitris Tsovola.

Indeed, in the morning in court, during the transfer of the three accused, the current members were members of the Golden Dawn led by deputies Ilias Kasidiaris and Yannis Lagos. About 20 people gathered screaming slogans against the accused.

"We just wanted to rob"

According to information, the three foreign suspects, who did not have a lawyer, allegedly tried to refute their assassinations in their apologies, noting that their target was theft, not the murder of a 25-year-old student.

"I was robbing a robbery", allegedly backed by 17-year-old Pakistani, who noted that he was not about to kill the victim, but the 25-year-old slipped and fell to the cliff

On the other hand, the 27-year-old homosexually refers to his apology: "The little one (his 17-year-old co-defendant) took the girl's bag and did not have any money or cell phone.The victim had the cell phone in his pocket and said that he It would give us while the victim put his hand in the pocket, he assumed that the 17-year-old (co-defendant) would come to him, picked up his hands and took steps backwards, he slid and fell.