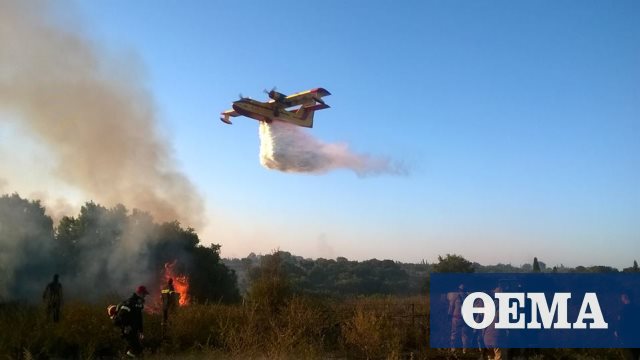 Driven in Nafplion Prison – Accused of intentional arson and repeatedly

The interrogator, after their apology, ordered the two Greeks arrested for the fires in the forest area between the villages Geraki and Analipsi, in Ilia.

The regular investigator found that the two arrested, 32 and 36, were suspected of escaping and ordered their detention to the trial.

The two Greeks were arrested on 21 August by officers of the Crime Prevention Directorate with the help of officers of the Western Crime Combat Cooperation and accused of deliberate arson and repeatedly.

The fires in which the two Greeks seem to be involved were on 20 and 21 August.

The above will be transferred to the Nafplio prison.