The weather on Tuesday 21 August: cloudy with showers in the north 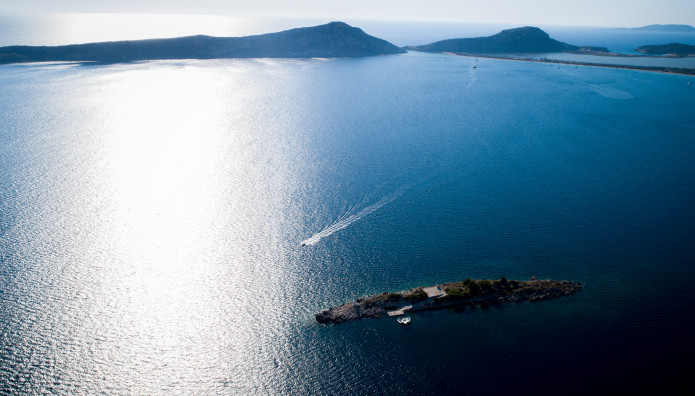 In general, sunny weather is expected today. Slightly clouded clouds will take place in the west and north of the continent, with local rainfall and possibly isolated storms in Epirus and Western Macedonia.

But today requires special attention like it is very high fire risk on Region & # 39; s of Sterea Ellada (Evia) and Attica.

According to the forecast map from the General Secretariat for Civil Protection (GAPP), the risk category for these two regions is 4.

Attention Tuesday: Very high fire risk in Attica and Evia – What is the predictive map of the Secretariat General for Civil Protection

THE PREDICTION OF TRANSPORT OF 21 AUGUST 2018

Especially in Sterea Hellas, Thessaly, Macedonia, Thrace and the North Aegean, thin clouds are expected to be denser in the country and sporadic rainfall will occur. Both clouds and phenomena will be limited to the northeast until the morning and sunshine will prevail. From midday, local cloud conditions will develop in the western continents, Central and Western Macedonia, Thessaly and Crete, while local rainfall and sporadic storms will mainly occur in Western Macedonia and Epirus.

the winds in the Middle and North Aegean Sea blowing from northern addresses 4 to 6 and locally 7 beautiful on 1 to 2 Beaufort at noon. In the South Aegean, wind blows from west and northwest to 4 to 6 and locally 7 beautiful with 1 to 2 Beaufort weakening to the west. In the Ionian winds the changing direction changes from 2 to 4 and on afternoon and afternoon to 5 Beaufort.

in Attica early cloudiness is expected, but the sun will reign from the early hours. The wind blows from northern addresses 3 to 5 and locally in the east at noon until 6 August. The temperature in the center of Athens varies from 25 to 31 degrees.

ANALYTICAL PROJECTION PER AREA ACCORDING TO THE EMI

Weather: generally clear. Cloudy in Macedonia at 12 noon and # 39; in the afternoon with local rainfall, mainly in the mountains of Western Macedonia, where some storms are likely to occur.

Temperature: from 20 to 35 degrees Celsius. In Western Macedonia 3 to 4 degrees lower.

Weather: generally clear. Cloudy in the afternoon and afternoon hours on the mainland, with local rainfall and possibly isolated storms in Epirus.

Temperature: from 20 to 36 degrees Celsius. In Epirus 3 with 4 points lower.

Weather: generally clear. Partly cloudy in the afternoon and afternoon in Thessaly.

Winds: from northern addresses 4 to 5 and eastern place 6 beaufort.

Temperature: from 21 to 34 and locally on the continental 35 degrees Celsius.

Winds: north-west from 5 to 6 Beaufort.

Temperature: from 24 to 32 and in the Cyclades to 29 degrees Celsius.

Winds: North-Northeast Northeast 5 to 6 Beaufort and Southwest South with the same intensity.

Temperature: from 23 to 32 degrees Celsius.