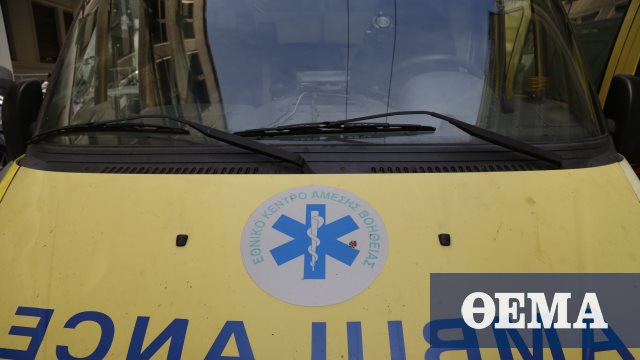 An ambulance stalled, bringing the young man to the hospital

An alarm reported a few minutes after 8 pm today at the EKAB when he was asked to give first aid to a 24-year-old who had fled to a central cafet of Patras, saying that he had shed corrosive fluid in his eyes.

According to the information, the young man, in addition to the problem he had in sight because of the dropping of the liquid, reportedly became the victim of the beating.

An ambulance stalled, bringing the young man to the hospital