Under the gaze of Perister, the call 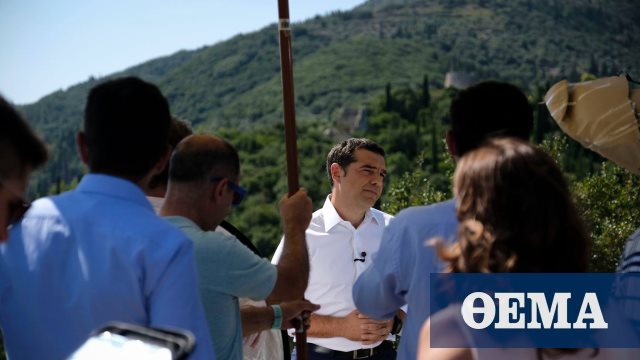 "By race and sacrifice we wrote together the end of the memoirs and we now have the power to make our place as it deserves.Yesterday, from Ithaca, we have together with the world given the message that over the years a new page of resistance, dignity and pride, we start with vision and determination for the new era of our homeland. "

This was written on Facebook on his personal page by Prime Minister Alexis Tsipras, who also published 13 photos from Ithaca, who show him when he prepares his statement, under the gaze of his partner Peristeras Baziana.

The Prime Minister also celebrates the inhabitants of the island, and drinks coffee with Mrs. Baziana and the Mayor of Ithaca.

It is worth noting that, of course, the photos come from the personal photographer Alexis Tsipras, as it was forbidden for photojournalists to record the first ministry with their lens.