US embassy: kicking at renovation – Politics 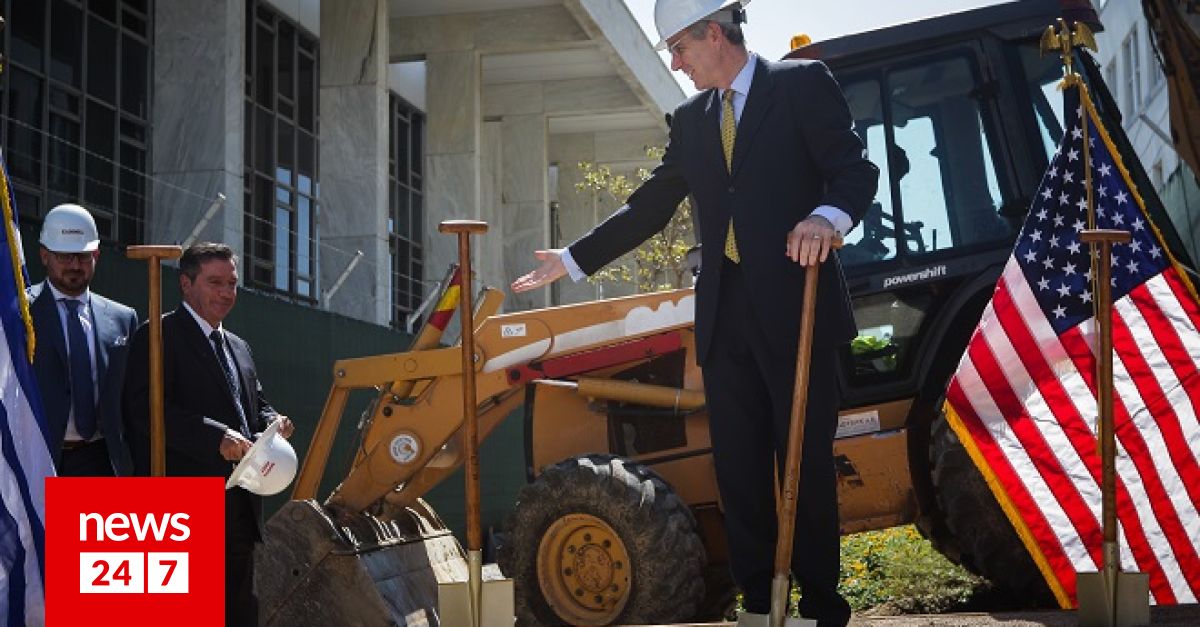 "The US promises to support Greece, which comes from the adjustment program, we have an interest in the economic success of Greece and its role as regional stability pole, this is the message," said US Ambassador Jeffrey Paith, on the sidelines of the opening ceremony for the expansion and renovation of the American embassy building in Athens.

"It is a very important week for Greek-American relations," said Mr Pajat, because the US is a respected country at the Thessaloniki International Fair and will be present with senior officials – a very important year for bilateral relations, which , versatile in the fields of defense, energy, investment, culture and education.

With regard to this year, the American ambassador emphasized that this is an extremely important year, as Greece returns to economic growth, but it is also an important year for US involvement. "It is the year in which we see the TAP gas pipeline rising, we see the growth of our defense relations, the steady increase of US investment, big projects in the tourism sector and we see the Thessaloniki exhibition as the only opportunity to promote Greece as it returns in economic growth, "he said.

"We have worked very hard," he said, wondering if there is a political message about the significant American presence in Thessaloniki – "to emphasize not only business relationships, but also broad bilateral partnerships."

The US has said Mr. Paat, have a strong cultural footprint, have very strong educational programs. They emphasize the added defense and security relations and made special mention of the presence in Thessaloniki of the flagship of the sixth fleet.

In Thessaloniki, according to the American ambassador, there will also be a broad delegation at a high level, including the Chamber of Commerce, representatives of the White House, the Ministry of Energy, the Ministry of Foreign Affairs and the Pentagon.

"We are developing a wide range of Greek-American cooperation and the message is that the US, the American people, want to support Greece when Greece comes out of the economic adjustment program, because we are interested in the economic success of Greece and its role as a regional stability pole. , "he decided.

The inauguration of the work for the renovation and extension of the historic building of the US embassy in Sofia was done with the established sanctification, preceded by the greetings of Jeffrey Paat and the mayor of Athens Giorgos Kamini.

The work will last five years and the project has a budget of $ 342.7 million, Mr Paiat said in his short salutation. It is a building that, since 1961, has been in the service of American diplomacy, representative of the Bauhaus architecture school, whose designer was Walter Gropius, who established his seal on that style. Gropius advised Greek architects to translate Greek and Western values ​​into his creation, remarked Mr. Paiat.

The expansion of the embassy building suggests the value the US attaches to its relations with Greece and is a sign of the continuing efforts to improve it, said Mr Kaminis, who wished the Ambassador to be present at the inauguration of the new facilities.