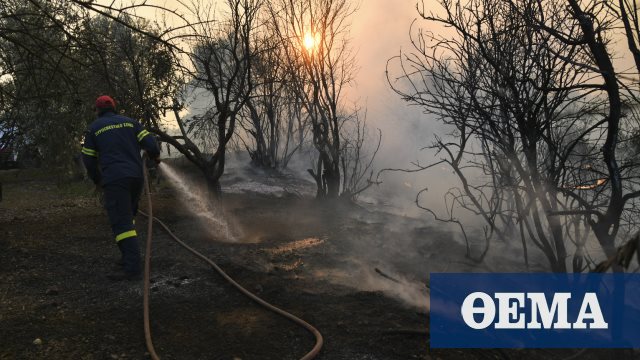 The General Secretariat for Civil Protection recommends that citizens be very careful and that they act in rural areas that can cause a fire through negligence,

Already on Sunday, the General Secretariat for Civil Protection informed the government agencies involved, as well as the regions & municipalities of the aforementioned regions, that they are highly prepared for civil protection to deal directly with possible fire incidents. to go.

At the same time, it recommends that citizens be particularly careful and avoid acts of violence in the countryside that could cause fires due to negligence, such as throwing lit cigarettes, burning dry grasses and branches or cleaning remnants, using sparking machines such as circular saws. ,, the use of barbecues in the open air etc. It is also reminded that fire fighting is prohibited during the breaking of fire.

In case of fire, citizens are kindly requested to inform the fire brigade immediately at number 199.