War against "Exit" in Ithaca 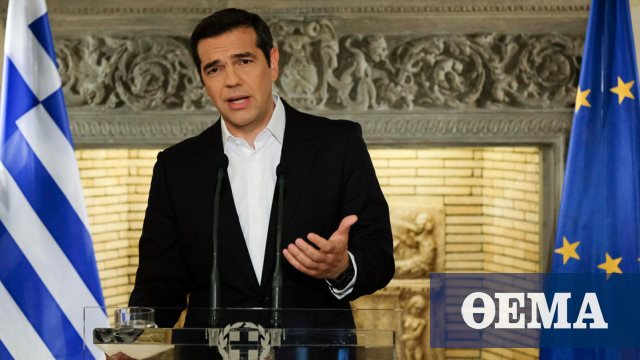 In a political bracelet the news about the … "turn" Tsipra in Ithaca has evolved. The high symbolism "of the prime minister's choice to call for the end of the Ithaca memoranda was the opportunity to launch a new round of intense controversy between the opposition and the government.

The tone of the reaction was originally given by the New Democracy, which quickly struck to characterize Tsiri's call of tomorrow as another communist feast of the government. The New Democracy has not even failed to comment on the political initiatives of Maximos and the verses of Cavafy, essentially pointing out that the row of the government now … has been emptied.

"Ithaca gave you the nice trip, without it you would not go out, but there is nothing to give you more" were the verses of Ithaca by K. Cavafy remembered by ND.

The ND announcement hastened to respond to the Maximos Mansion and noted that the leader of the ND can not accept political cancellation and can not reconcile with reality. She even hastened to remind and the famous Epilogue of Galileo "eppur si muove" ("still on the move").

Given the reaction of the opposition and the black colors that describe the country leaving the international press, the government officials have "lifted the gauntlet" and ND and critics have accused the government of not wanting to end the memoranda.

They have moved on this wavelength statements by Minister of the Interior Panos Skourtetisbut also his Minister of State Christoforos Vernardakis who in his position on Instagram argued that they have painted black in NW to leave the memoranda.

The Tsipras government takes the country out of memos & # 39; s and those who have led Greece to bankruptcy today, wearing black panties & # 39; and try to reverse reality, said home speaker Nikos Voutsis.

"What exactly does the government of SYRIZA-ANEL quote in the memoranda? Their presumed success is just as fake as it is itself" the vice president of AD Adonis Georgiades replied noting that "the country would have been outside the Memoranda for three years if the first anti-monasticism had not prevailed".

Analytically the announcement of the ND

Maximos' otherwise lazy news agency found no word in commenting on the statement by ESM director Claus Regling that "Greece not only broke the reforms in the first half of 2015 but also turned" And that "the costs paid by the country for this episode are priced from 86 billion to 200 billion euros ".

We hope that Mr Tsipras will do that tomorrow during his festivities for the allegedly clear withdrawal from the third memorandum, which would not have existed if his own destructive administration had not intervened.

Y.K. Since it is rumored that Mr. Tsipras chose Ithaca for his new communicative fiesta, ND devoted him in advance to the verses of Cavafy.

"Ithaca gave you the fun trip
Without it you would not go out.
But he has nothing to give you more. & # 39;

– In the spring of 2017, he asked Mr Schauble and the IMF not to close the second evaluation

– In the summer of 2017, he said again that the cutting plotter would be applied

– Credit limit granted in the spring of 2018 and new obligations

it is indeed difficult to accept today the reality of the end of the memoranda, because it is an absolute political annulment for him. That is why he will deny it, as once the representatives of the old regime refused to give the country back. Eppur and Musove ».

Reactions from Potamis – Union of Centers

The government celebrations also hastened to accuse POTAMI, who pointed out that Greece needed eight years and three support programs € 288.7 billion, while the other countries that had joined the Memoranda (Portugal, Ireland, Cyprus) , needed a program and only three years.

Tsipras and his ministers are still attracted by obsessions, which are part of a still deceptive "success story" that is made according to the economic situation, "noted Sevastoupole.

The opinion that "the exit from the memorandum under the conditions that tribulations and celebrations are excluded", explains in a statement that the Union of Centers emphasized that "the hard measures are not necessary, the reforms are in the middle, the investments do not come and the money from the banks "are abroad".

According to the Centric Association: "Greece has not overcome the risk and the policy to reduce pensions, tax and appoint people to € 300 per month is a policy of impoverishment rather than development."