Zachariades: We can work with democratic law 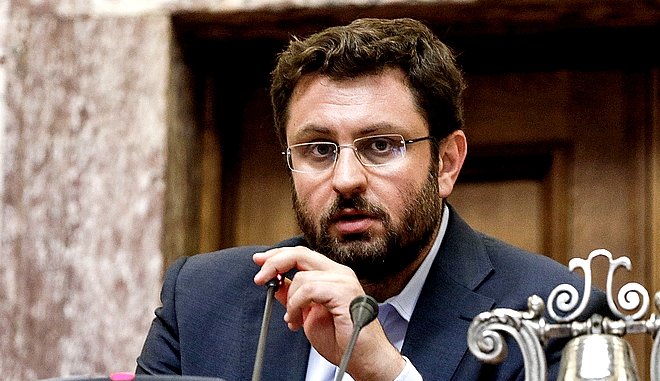 "Out of the memorandum means the end of uncertainty, providing instruments and opportunities for the country to meet the challenges of the present and the future based on its own strengths," he said in an interview with the US. "Kontra News", the director of SYRIZA, Kostas Zachariades, with the emphasis on "we will go better and the purpose of the commemoration period is to ensure the process of overcoming the crisis as a result of the memorandum policy".

Responding to the question "since we have finished the program and have the opportunity to pursue a more liberal policy, why do we have to discuss the issue of pensions?" He said that Greece "oversees the memorandum, as it applies to all European countries" but "this supervision has nothing to do with the ballooning tactic we are accustomed to this dramatic eight-year period," and he said that "we agree with the institutions on the subject of pensions with a basic weapon that everyone believes that the country's current economic staff is reliable and reliable. "

Mr. Zachariades said that the government does not cultivate a climate of division, "but we will not allow forgetting how we got here", while we note that "modern" sufferers have name, surname and political identity "included those who "They went bankrupt in Greece in 2009-2010 and managed the crisis in a miserable way," those who "pushed the country and went to the country to go to a precautionary line to evade themselves from their own misguided predictions and policies" and those that "for the fourth memorandum, a memorandum until 2060 and 2114, while all politicians and all technocrats around the world talk about the successful completion of the 3rd program. "

Regarding the criminal dimension of the corruption problem, he said that "the executive and parliamentary majority will not, as we have proven in the near past, give all the possibilities to Justice to seek to judge it to the end."

He said that the necessary adjustments and adjustments are made by the Prime Minister, while in the question "What should be corrected?" He replied: "We have a whole year without memorials to restore injustice and to design new viable and fair roads for Greece over the coming decades."

Finally asked about the course of SYRIZA said that the party should prepare for the political battles of 2019 and that "in my opinion it should organize a pandemic invitation for all social and political forces that want to build a coherent political plan. strong, sustainable and fair Greece for the coming years. "

"SYRIZA should in my opinion be a great invitation to all the powers of the center left and the democratic right that realize that the country needs a new coalition of social forces and civilian personnel not to return to the swamp and impudence of previous years "Mr. Zachariades concludes in his interview.