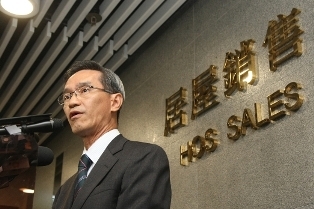 The chairman of the Land Supply Task Force, Mr. Wong Wai-fai, said that when he accepted the visit to Hong Kong-Taiwan, he would like to let go of the public's doubts about the "collusion between government and industry". details of the structure of the government should be set separately. .

Pan Yongxiang, an associate professor at the Building Technology department at City University, believes that when developers supplement land prices in the future, they have to agree that half of the housing production is a public housing facility to remove public doubts.

Huang Yuhong, a member of the local research community, pointed out that if the private reserves of the New Territories are used to solve the housing problem, it will ultimately make the developers profitable. It is better possible to develop the brown soil because already a road connection is near the brown ground.

The Land Supply Task Force has proposed "making use of private agricultural land in the new areas" as one of the short-term land options. The four main developers accused of having the most agricultural land are Henderson Land (00012), Changhe (00001), New World Development (00017) and Xindi (00016) .The annual report and the interim report data show that nearly 100 million square feet of agricultural land.

Regarding the attitude of public-private partnerships, the SHKP expressed its support for the government to increase the range of land from multiple sources.