Huawei has announced the next generation 7nm Kirin 980 (Kirin 980) processor of the next generation at the IFA 2018 Consumer Electronics Show in Germany. Huawei refers to it as the world's first commercial SoC chip based on the 7nm process of TSMC and uses an 8-corp architecture with two NPU neural processing units. Mate 20, the smartphone product that uses this SoC, will be released in Great Britain on October 16th.

The Huawei Kirin 980 uses an 8-core architecture with three cores with different frequencies, two 2.6 GHz, two 1.92 GHz and four 1.8 GHz cores for heavy-duty computing, general purposes and background computing. Huawei said that the 7nm process has a 20% speed increase and a 40% reduction in power consumption compared to the 10 nm process.

On the GPU side, the Kirin 980 will use the Mali-G76 MP10, which Huawei claims will deliver 30% performance improvement. The new Cat.21 LTE data clip supports up to 1.4 Gbps download speed for the upcoming 5G network. 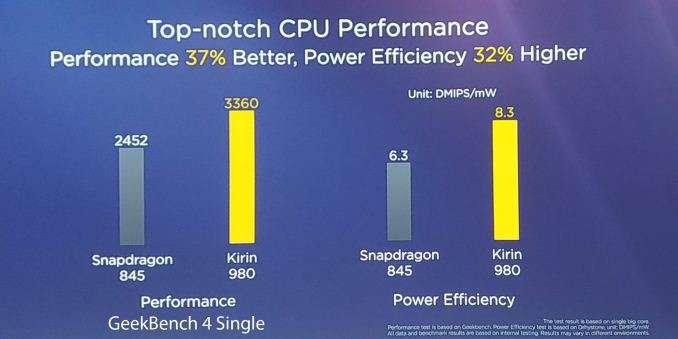 Kirin 980 continues to emphasize AI compute performance with built-in dual NPU neural processing unit In the Huawei test environment, 4,500 images per minute can be identified in the Resnet 50 learning architecture, while Qualcomm can only recognize Snapdragon. With 2,371 images, the Apple A11 recognizes only 1,458 images .