Xiaomi Mix official microblogging hints that will be Xiaomi Mix 3 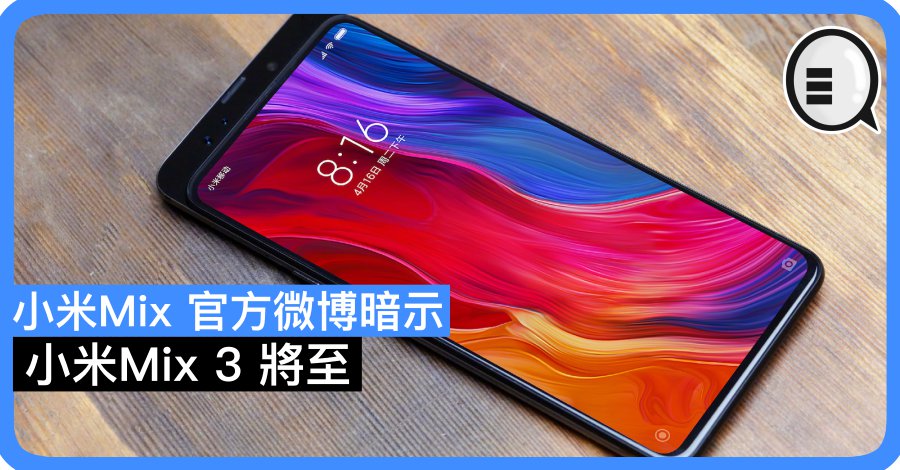 According to earlier news, Xiaomi will release a new screen-screen machine in October, which may be Xiaomi Mix 3. And halfway through October, what is the progress of this new flagship? Xiaomi Mix official microblogging finally came good news.

Although the official version of Xiaomi's official Weibo afternoon is only a smiley face, this seems to imply the arrival of the new machine. Subsequently, the various official micros from Xiaomi have published the expression package interactively. 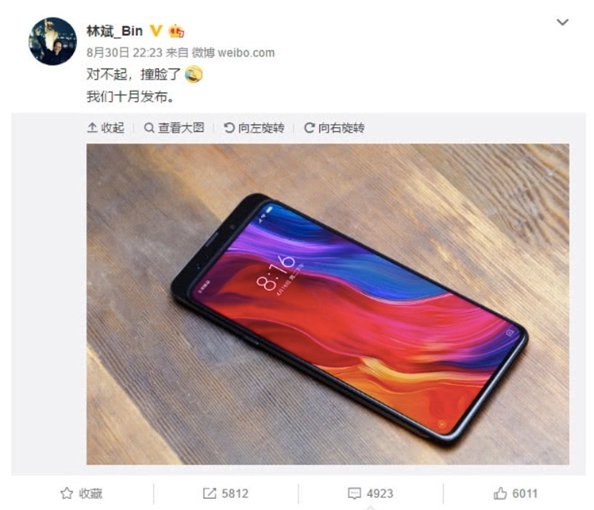 Previously, there was news exposure. The Xiaomi Mix 3 has a design with a sliding screen that hides the front camera in the sliding structure. The Samsung AMOLED screen is used at the front of the fuselage and the edge width is well controlled with a screen ratio of almost 100%. The back of the hull is equipped with a mirror at the rear. 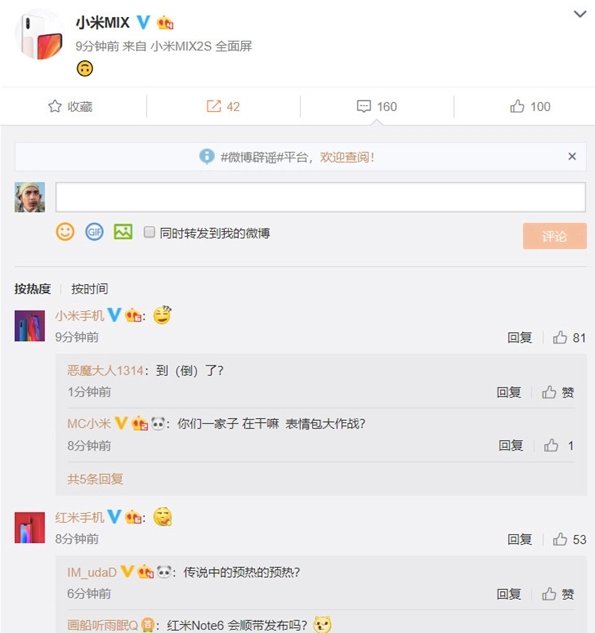 In terms of configuration, the Xiaomi Mix 3 will continue its flagship configuration with the Qualcomm Snapdragon 845 processor and up to 8GB of RAM for fingerprint recognition on the screen.

Lei Jun had previously said that he would force his colleagues to speed up production and aim for large-scale sales by the end of October. I believe that officials from Xiaomi will later reveal more information about the new machine, so look forward to the warming of Xiaomi's new machine.