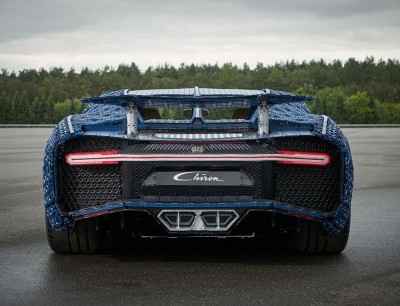 With the iconic Bugatti Chiron, the world's fastest model car, the life-size LEGO Technic model goes beyond what LEGO builders could ever imagine, that they could build with LEGO elements.

The model is the first large, movable building that consists of more than 1,000,000 LEGO Technic batteries, powered by engines powered by the LEGO Power Functions platform.

With a 2.304 engine and 4,032 LEGO Technic gears, the 1.5 tonne vehicle is capable of producing 5.3 hp and produces an estimated torque of 92 Nm. Lena Dixen, Senior Product Development and Marketing Vice President of the LEGO Group, said: "This life-size model is unique in many ways and we want to push the boundaries of our own imagination." For more than 40 years, LEGO Technic fans of all ages have been testing their creativity with a building block system that encourages them to technic designers and engineers at the Kladno plant in the Czech Republic – making fantastic models from the LEGO brand and LEGOLAND parks – have done a fantastic job, both in the reconstruction of the iconic forms of Chiron and in the modeling of model riding This is a fascinating example of the functioning of the LEGO Technic building system and its creative redesign potential. " 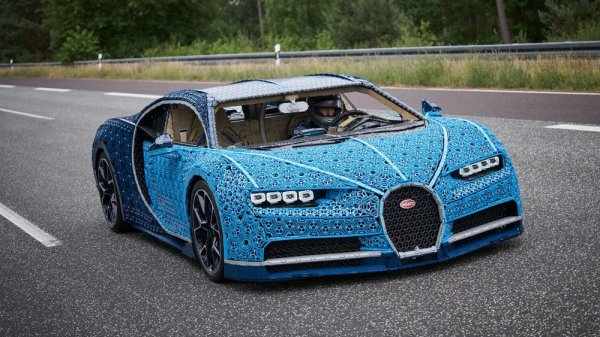 Looking from far away, the two adjacent cars are almost the same. Further, however, is the fascinating and complex outer layer of the model that consists of interconnected triangular segments made of LEGO Technic material that simulates the original Chiron-iconic forms. In the car you can discover that every detail of the original car has been carefully and accurately replicated from LEGO Technic – from seat to dashboard to handlebars!

With all-in-one functionality, rear spoiler, speedometer, front and rear lights, detachable steering wheel and brake pedal, every LEGO fan is a dream come true. During the assembly, 339 LEGO Technic batteries were used and over 13,000 design and working times were used. 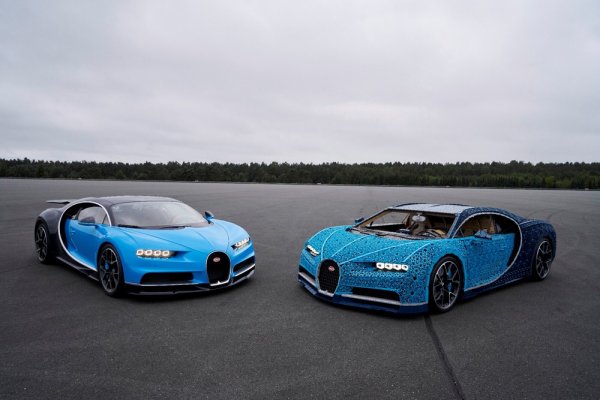 The design of LEGO Technic's life-size model is only the first step, and the next one is to test whether the car is taking a driving test. And for the latter it could not be better to find a place in the Ehra Lessien, Germany, at a unique speed test location where the original Chiront was tested for the first time!

During a weekend afternoon, the LEGO model left for everyone's fun and surprise and began to accelerate. Although the amazing speed of 420 km / h of the original Bugatti Chiron is not enough, the performance of the LEGO Technic engine is impressive – with just over 20 km / h the idea of ​​& # 39; really build & # 39; become a reality.

Andy Wallace – the leader of LEGO Technic Chiron – a former race car, Dayton's 24-hour race car and many other race winners, today Bugatti's official pilot, said: "When I saw LEGO Chiron for the first time, the real model and the meticulous elaboration of the details fascinated me right away – in fact, it is not so obvious to see a LEGO car at about 20 meters distance. Imagine how much time and energy you have invested in making this model. "

"The leadership of LEGO Chiron was a great experience that I really enjoyed, and over the years I never thought I would ever get a chance to ride in a LEGO car!"

Chiron, the absolute top sports car, the values ​​of the Bugatti brand, the most recent embodiment of the "Art of Technogym" concept. With the unrivaled performance of 1500 hp in automotive production, the exceptionally high torque at 1600 Nm, the speed from 2000 to 6000 rpm and a wide range of technical innovations, Chiron creates a new standard in every respect. The Chiron is not only designed for maximum speed, but also to meet the highest standards of luxury, comfort, daily driving and durability. Chiron combines the best of these areas, making it the most complex super sports car in the world.