The tightening of the central bank has begun – mfor.hu 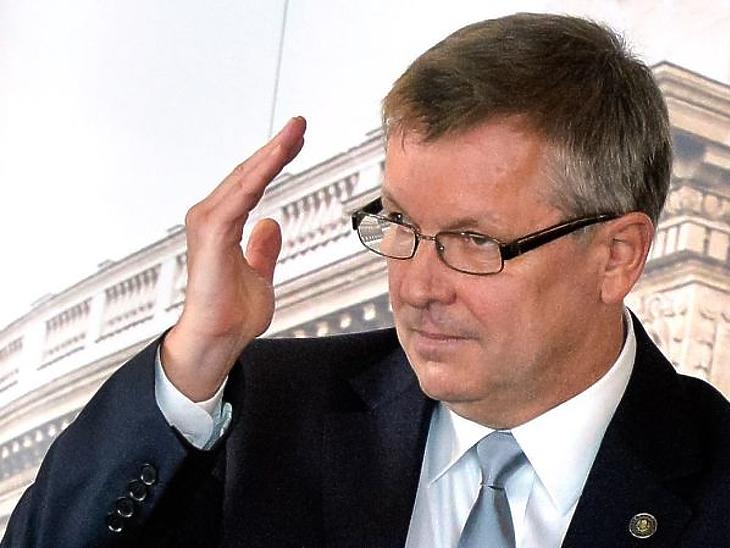 As the market players expected when the forint was weakened in the summer, the central bank has not yet reached interest rates, but has recently begun to dismantle non-conventional assets. At the same time, the MNB did not hide clearly because it launched a new Growth Loan program for SMEs.

This time the level of interest rates did not change, during the Monetary Council of the National Bank of Hungary, the Monetary Council left unchanged monetary conditions, interest on the base rate, a day and a week on a collateral-issued loan was 0.90 percent and continued the one-day central bank deposit 0.15 percent. According to the comments of Equilor analysts, the published report states that the MNB has shifted from the ultra-stable monetary policy stance, has decided to terminate the most recent unconventional instruments and to significantly change communication.

Trade with the mfor trader system!

Are you expecting a fall in the markets? You can still search for us! Apple would buy shares, maybe Google and Microsoft are interested? He relies on electric cars: in Tesla or rather in Mercedes? Or would you rather stay at home? If you trade on the world's largest stock exchanges or with 120 currency pairs, you have the option. Test our system without risk!

Several important announcements have been made, until the end of the year the MNB will issue a 3-monthly deposit facility with a stock of 75 billion forint. Until the end of the year, the IRS tool and monetary policy purchase program for the monetary policy will be abolished, while the Growth Loan Program Fix program will be introduced, which will help SMEs restructure loans, to increase the percentage of fixed-rate loans. The new program starts with an annual budget of HUF 1,000 billion. The amount of liquidity to be moved in the fourth quarter remained unchanged, with at least 400-600 billion forints. A major change in communication is that the central bank has indicated that it is prepared for the gradual and cautious normalization of monetary policy, the start of which depends on inflationary processes. The sustainable achievement of the inflation target will be expected from mid-2019 to ensure that the monetary council believes that maintaining the current base rate and maintaining loose monetary conditions is necessary.

The central bank focuses primarily on inflationary developments and the consumer price index rose by 3.4 percent in August, mainly due to the rise in fuel prices. If the current price increase lasts for the rest of the year, the average annual inflation rate can be 2.88 percent, which is lower than the previous forecast of the central bank (2.8%) but below the target level (3%).

Of the major foreign central banks, the European Central Bank announced last week that it will reduce the monthly allocation of the asset purchase program from EUR 30 billion to EUR 15 billion and that the purchase of net assets will be paid by January. Thereafter, only the amount invested after the maturing securities is invested. The ECB lowered growth prospects for the euro zone, mainly as a result of global processes. According to Equilor experts, euro area inflation is more interesting for the MNB, the ECB has not changed it until 2020, with an average annual inflation rate of 1.7% expected in the euro area. The Fed will hold a benchmark meeting next Wednesday, with a new increase of 25 basis points likely to be made and chances are that a tightening step will be taken this year. In short, the rise in interest rates in the US may continue to absorb capital from emerging markets, but the US central bank predicts the expected steps very carefully, so that the market is not surprising.

The exchange rate of the forint stabilized against the euro after the spring weakening in the 318-330 band. Newer emerging market turbulence was already better than domestic currency, but because the risks did not stop, Equilor analysts expect larger waves to occur in the coming weeks, making the long-term strengthening of the forint unlikely. In a more relaxed period, the exchange rate can reach 320, but by 318 it can change and rise again.