Illegal techno party organized in a railway tunnel in Paris, in the middle of a curfew for hundreds of people

hungary November 24, 2020 hungary Comments Off on Illegal techno party organized in a railway tunnel in Paris, in the middle of a curfew for hundreds of people 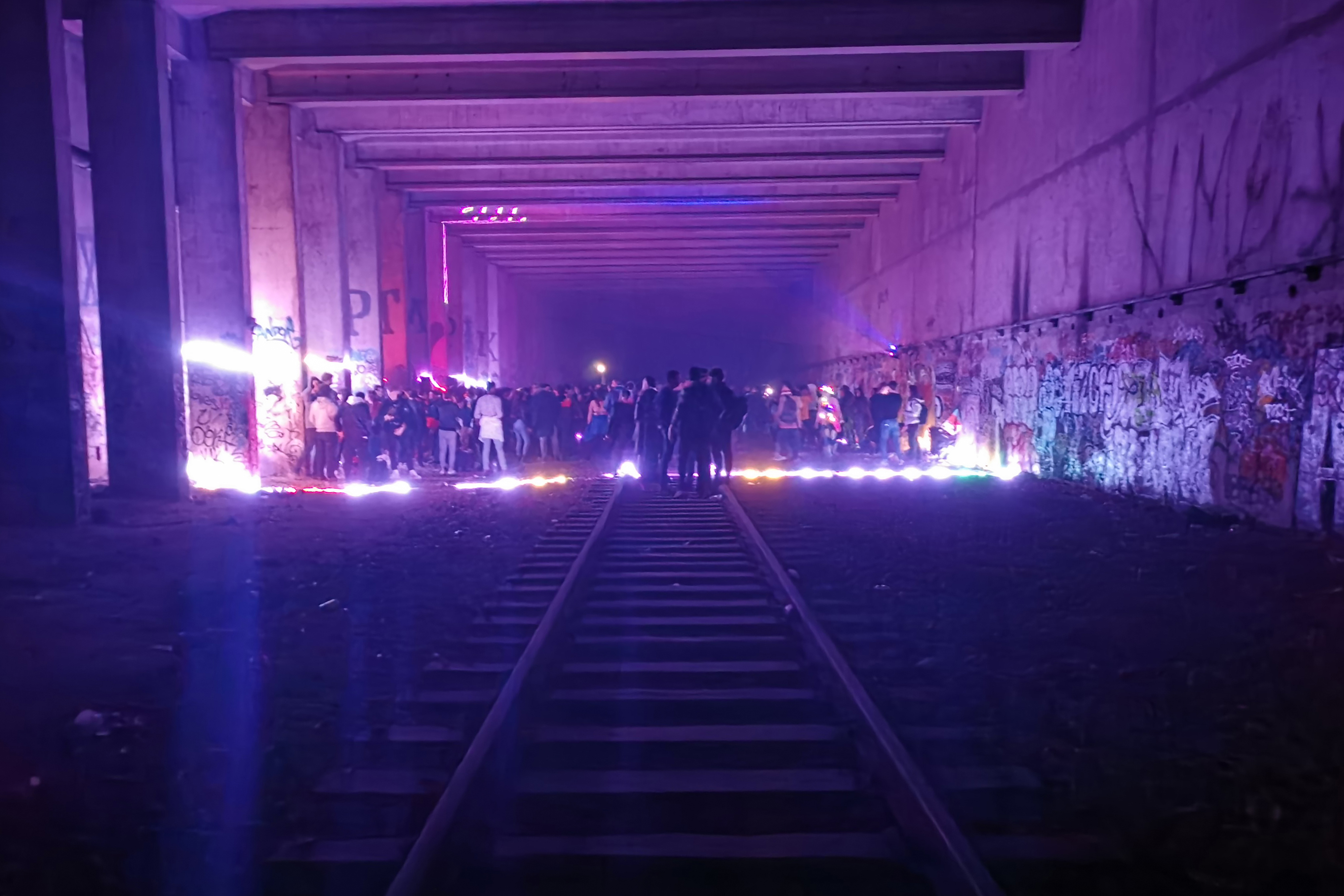 An illegal techno party was held in a railway hall in Paris with the participation of more than 300 people. Several recent coronavirus patients were found at a recent similar banned event near Paris.

The illegal evening was organized on Facebook, on Saturday 15 euros had to be paid, and of course a relatively large amount of money locally for food and drinks. You can of course also drink alcohol. The name of the program was: I want to break free.

It took a long time for someone to reach the bank next to the rails in a tunnel-like fashion. It was blindly dark, people were lit with their cell phones. There were already neon tubes, a bar corner and an illuminated counter for the DJ on site.

To the techno music, many danced in a real trance, others sat on the dirty floor, drank there, or just flirted – to use the discreet term of the French news agency – and retreated to the corners.

The 27-year-old organizer told AFP that they are opposing resistance restrictions because these standards (i.e. normal protection against the coronavirus, which kills nearly 50,000 in France alone) are unacceptable to young people. He thought it was important to say that it is not unemployed, that is, no personal despair behind the action.

According to Le Figaro, a relatively wide social audience attended the illegal party this time. That is, not just “free party participants, householders, group sex supporters, LGBTQ activists”, but others as well. There were people in their forties, students, youth from the suburbs, and this is of course mainly an event of the radical left, they protest the most against the protection measures, their presence was again decisive, most of them organize similar events.

It is no coincidence that Le Figaro writes about fans of group sex: at the end of the summer, near Montpellier, in a famous sex village, the largest epidemic of the time had started, with at least 300 certified patients.

The Paris police did nothing. They defended themselves by not finding this illegal party. If the organizers were affected by the act, they would have had to pay a fine of 15,000 euros and risk up to a year in prison on charges of ‘risking the other’s life’.

Police said they immediately go to illegal parties in apartment buildings because neighbors are calling there. The tunnel-like hall of the Thirteenth District, on the other hand, was far from everything.

However, the day after the illegal techno party, which surfaced in a suburb of Paris from Sunday to Monday, police disbanded a similar event involving hundreds of people. Here, of course, they had an easy task because the neighbors called the police because of the terrible noise.