Index – Domestic – Anti-Orban referendum could be 2022

hungary November 30, 2020 hungary Comments Off on Index – Domestic – Anti-Orban referendum could be 2022 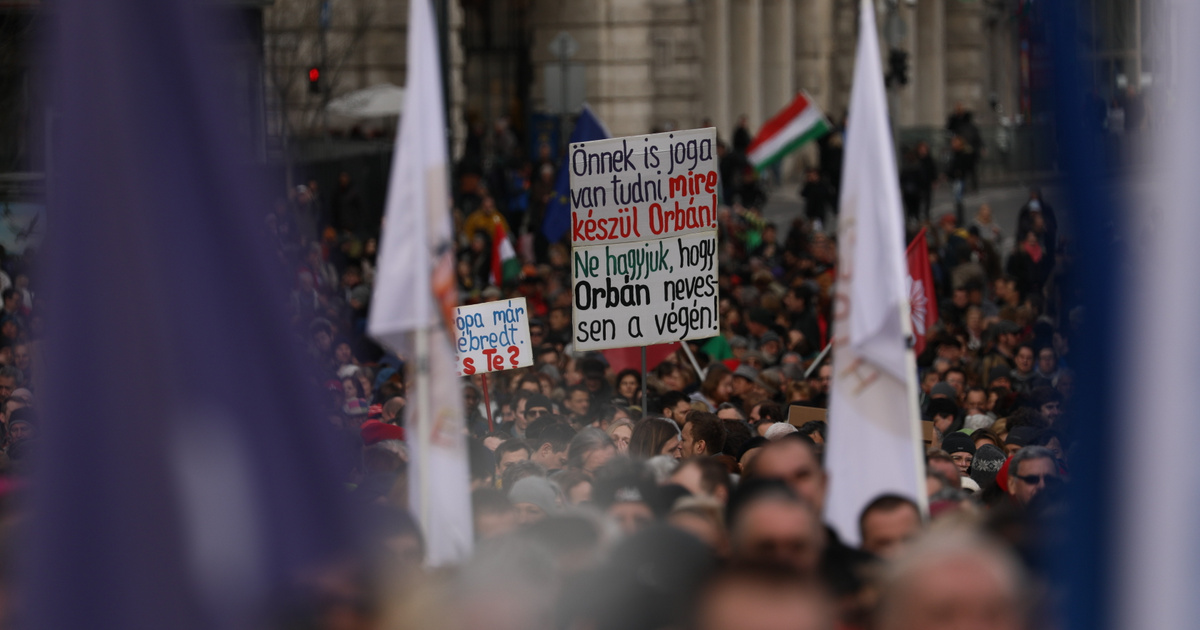 The formula is simplified by the fact that the Momentum delegates expressed themselves in favor of drawing up a common list with the opposition parties. The Democratic Coalition, the MSZP and the Dialogue have done this much before. Máté Kanász-Nagy, co-chair of the LMP, immediately admitted that within the party it was practically already decided to support the common list. Jobbik does not yet have an official position.

But now that the majority of the opposition parties are already setting the common path, Jobbik will not have time to remain in the deadlock for long either. The party has already said that it will choose the form of departure most supported by the voters.

In the meetings of the governors of opposition parties so far, the

an agreement on one-on-one races, the holding of primaries, the preparation of a joint election program and the appointment of a joint prime ministerial candidate.

Negotiations moved towards the common list without the government, after which János Volner, an independent MP, the founder of the existing Volner party on paper, made a parliamentary proposal to tighten the list, more precisely.

Both of his amendments establish frameworks that “force” opposition cooperating parties to the common list, although this may not be necessary. But why then should it be in the interest of the government for the opposition parties to start on a common list?

Is the government’s campaign strategy volatile?

Attila Tibor NagyAccording to an analyst from the Center for Equity Policy Analysis, Fidesz knows or thinks it knows something that the public does not yet know, given that it could have taken nonpublic measurements broken down by individual constituencies.

They may have data showing that quite a few opposition voters would be put off by a list of Momentum along with Jobbik or just Gyurcsany.

– pointed out Attila Tibor Nagy, who told the Index.

the drawing up of a common list and the primaries considerably strengthen the differences between the opposition parties,

which help to destroy belief in the governing power of opposition parties.

Fidesz’s confidence in this is bolstered by the fact that disagreements have broken out between the leading coalition partners in several opposition-controlled cities, and we are far from over.

Attila Tibor Nagy explained that the opposition’s joint launch is likely to play a role in the Fidesz campaign. “Serial list”and parties “Gyurcsány’s wagon tractors” will be called.

According to the analyst, Fidesz’s campaign strategy can only work if the government side maintains its current popularity roughly until early 2022. However, if the government vote changes, a common opposition list could be a major win over Fidesz, as a common list and common individual candidates will simplify the situation for opposition voters.

In this case, the next parliamentary election will be an anti-Orbán referendum, as anyone tired of the current power will have enough to vote on a list and a candidate.

Another amendment to the electoral law is telling

András PulaiAccording to the strategic director of the Publicus Institute, Fidesz has priced in that the opposition coalition will take place, so it will adapt the electoral system to this new situation. (The strategic director of the Institute for Publicus analyzed the ‘tinkering’ with the electoral law in journalism published in the index in mid-October.)

The “system” of camouflage parties is starting to become less and less effective, the opposition no longer loses 3-4 percent with it, but rather 1-2 percent with it.

The analyst told the Index. Voters have learned more and more where to vote. By slightly adjusting the electoral law “More resource intensive” made the existence of camouflage parties, “So that you can control this area even better” the side of the government.

András Pulai also raised another point regarding the amendment of the electoral law. There are or may be small parties that are not part of the opposition coalition, but appeal to opposition voters because they themselves – “At least in part, at least in their communication” – oppositionists.

These include the Two-Tailed Dog Party, the ISZOMM founded by Tibor Szanyi, the Volner Party, and the New World People’s Party headed by József Pálinkás.

Some of these, although outside the alliance, are still cooperating

– draws the attention of the strategic director of the Institute of Publicus.

András Pulai believes that this “supportive coordination” can be avoided by raising the entry level for listing and thus reducing to 3-4 percent of the united opposition.

Tightening up the list everywhere offers a ‘voteable’ alternative for those who can leave the opposition cooperation, for example because they do not agree with the coalition.

Why Fidesz is interested in ‘adjusting’ the electoral law over and over again, and why a few percent matters, the strategic director of the Publicus Institute also says they expect a good result on the side of the government.