The new Qualcomm SoC strives for the maximum everywhere

hungary December 3, 2020 hungary Comments Off on The new Qualcomm SoC strives for the maximum everywhere 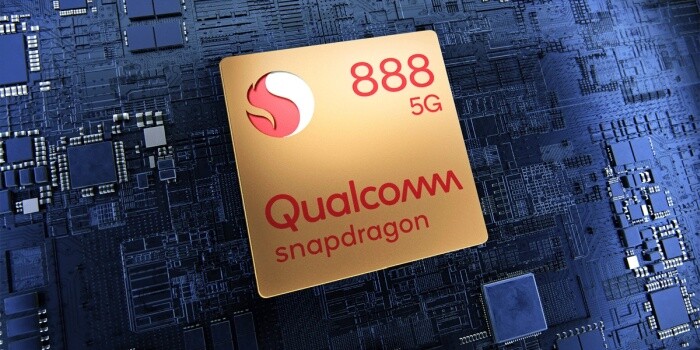 Qualcomm has unveiled its latest high-end system chip, which, with an integrated 5G modem and state-of-the-art 5nm manufacturing technology, could be an important factor for future high-end phones. ba. The parameters of the product arriving in new ultra-mobile solutions are detailed in the table below:

Qualcomm hasn’t been customizing Cortex cores lately, they just use the design that ARM provides, but the whole processor part has been named Kryo 680, but it doesn’t matter. However, for L2 caches, it’s important to note that the best core gets 1024KB, the three medium options get 512KB, while the four slowest units get 128KB, but each shares a 4MB L3 cache, and even there is a 3MB cache on the memory controller that other hardware can access. It’s worth noting that ARM originally envisioned an 8MB L3 cache for the next generation of system chips, but the Snapdragon 888 still remains at 4MB, which the development company explained by the fact that multiple caches are not yet cost-effective, as they are relatively it takes a lot of transistors compared to how much benefit it brings. On an ultra-mobile level, finding the optimal balance is of great importance anyway, since the tile that is made must function within a fairly fixed consumption framework.

The memory controller now only supports the LPDDR5 standard and the available memory bandwidth reaches 51.2 GB / s. This may be enough for the Adreno 660 IGP, about which the company has not normally provided details, only that it is about 35% faster than the Adreno 650, and also supports the VRS i.e. variable rate shading feature, which can be abused under both DirectX 12 and Vulkan, although this performance-enhancing capability is not specifically mentioned within the latter API. However, from a multimedia point of view, there is no substantial progress as the video encoder and decoder blocks can be pretty much the same as the Snadragon 865.

In terms of AI performance, Qualcomm calculates 26 TOPS containing all components i.e. specific accelerators, IGP and CPU through the DSP and NPU. Relatively much has changed in Hexagon, of which the 780 version, but for machine learning, combined capabilities are essential, so besides DSP and NPU, IGP also matters a lot. The Adreno 660 is therefore complemented with support for matrix multiplication operations, while the performance of scalar processors within the Hexagon block has increased by 50% and progress for Tensor processors has doubled. Even more important than these is the internal SRAM memory, which allows you to work efficiently with larger neural networks.

Since the Snapdragon 888 is already made on a 5nm node, quite precisely according to Samsung’s process, it included the integration of a 5G, X60 modem, which was an expected step as support for 5G will be a basic requirement for future high-end phones. Another interesting move is the three DSPs, which also solve the competitive handling of three cameras.

Qualcomm plans to bring the Snapdragon 888 to the best phones, and devices based on it will arrive next year.