Warzone – Black Ops Cold War integration had to be shifted

hungary December 4, 2020 hungary Comments Off on Warzone – Black Ops Cold War integration had to be shifted 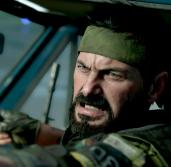 Activision has never made it a big secret that Call of Duty: Warzone is seen as a kind of service that can be continuously adapted to the theme and content of the current CoD episode. And the first such fix would have happened next week with the merger of Warzone and Black Ops Cold War, but there are indications that we’ll have to wait a little longer.

Recently, the developers indicated in a blog post that the long-awaited integration will not take place until December 16 instead of December 10. This postponement was supposedly necessary due to the size of the upgrade as it will be massive: Warzone will feature 30 Cold War weapons as well as a new level and game mode, while Black Ops Cold War will have new multi-levels, new game modes and Black Ops 2 expands with a legendary Raid map.