We have the strangest phone in the world

hungary November 23, 2020 hungary Comments Off on We have the strangest phone in the world 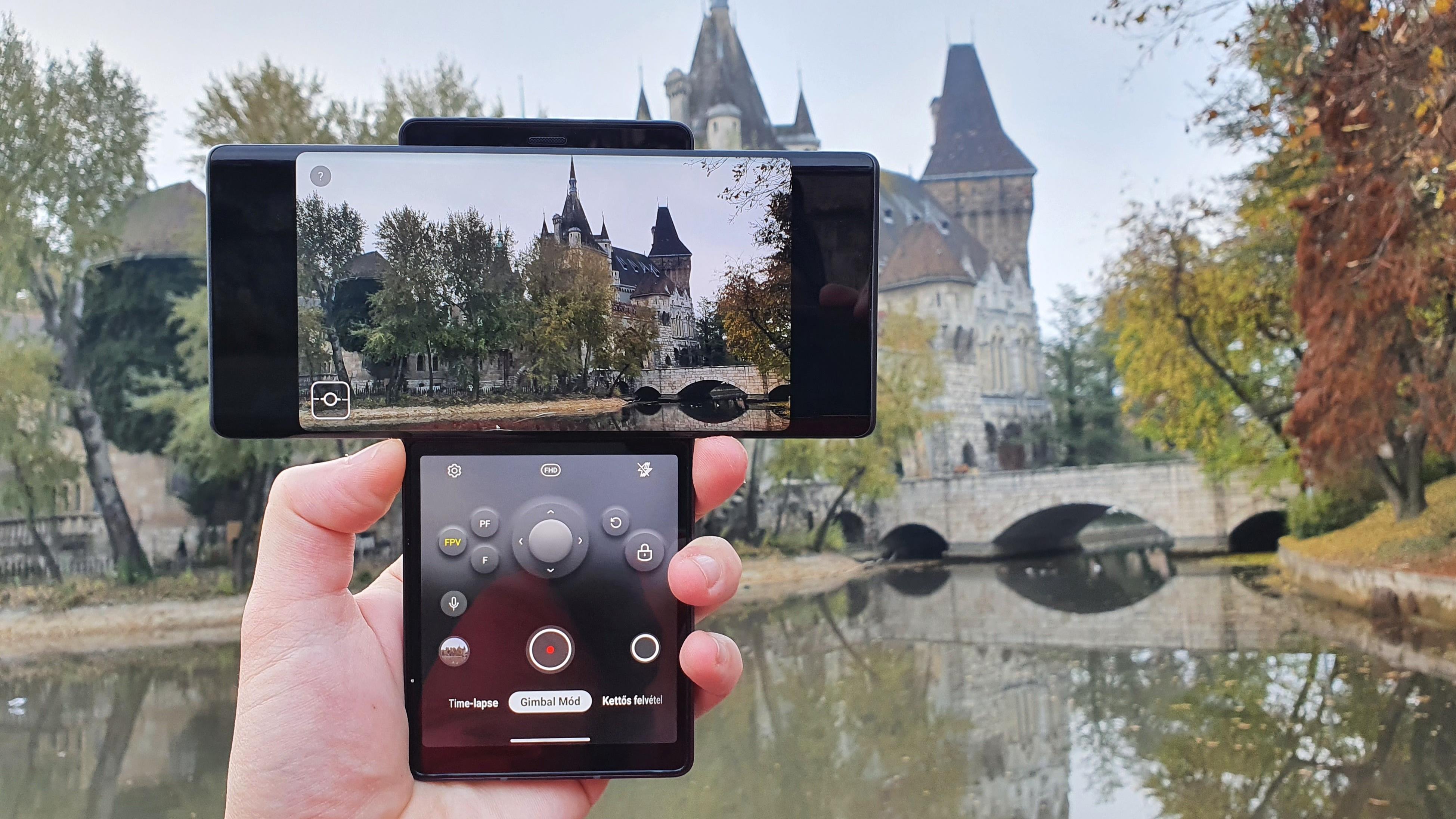 It is no exaggeration to say that the smartphone industry is buzzing with innovation and that the industry will be torn apart by creative energies. Innovations affect hardware, related services and design. Among the many special products is the LG Wing with dual display, one of the screens is rotatable. We grabbed our hands on this unique machine to see the use of all this.

At first glance, the LG Wing looks the same as any modern, high-end device. The lugs are quite thin, the 6.8-inch screen side is slightly curved, there are several cameras on the back, the only thing that is noticeable is that the machine is a degree thicker than normal. However, this average appearance can be changed with just one movement as the screen can be rotated 90 degrees.

This reveals a 3.9-inch secondary screen at the bottom that has been covered so far, and we get a T-shaped model whose stem must by definition be gripped. This solution not only looks strange, but also has practical advantages. The two displays are completely independent of each other, so there is a possibility that while, for example, one manages the map, the other reads interesting things about the location where we are currently walking. And this can be very useful when sightseeing. As well as the fact that we can catch the product our hands don’t cover the main screen at all, which is a great boon when filming, and the control knobs are also lowered down.

But the biggest benefit comes during video capture: selecting this feature will bring up a control panel on the lower, smaller screen for you to use, so you don’t disturb anything in the image you see. Plus, this way, the device is more comfortable to hold and it’s almost like using a gimbal phone holder in our hands.

And once we get here, we can immediately take a look at the video capabilities which are another great specialty of the LG Wing. The product also features two ultra-wide-angle cameras (12 and 13 megapixels) that together can cover a huge field of view. When folded, the phone manages this large field of view at the same time and the user can decide which part to add. In practice, all of this has the effect of moving the built-in camera, much like a traditional gimbal suspension system.

The idea itself is great, and the implementation went well. In addition, the device is equipped with optical and software image stabilization, so that the end result is like gliding. And the icing on the cake is that the larger field of view allows you to enable object tracking, for example, so when you select a target on the screen, the software automatically adjusts the recorded content so that it is always there.

The only incomprehensible appeal is that when you fold it out, you can’t use the 64 megapixel, normal-angle main camera built into the back of the product, which performs better in the dark. But of course, if we fold it, it can be selected without further ado. The device does not allow you to capture 8K videos, but the 4K resolution can be selected with a recording speed of 60 frames per second, which we think is enough for everything, at least today.

At first glance, it may seem that there is no standalone camera on the device, but that is a mistake. This 32 megapixel module is housed in-house and only appears when necessary. This solution is elegant and, more importantly, it keeps the camera island off the screen. One of the new fads of 2020 is also in the LG Wing: you can use the self-timer and the rear camera at the same time, which can be very useful for vloggers or YouTube users as it can make capturing different content even more spectacular .

In terms of display quality, the product brings the quality that we can rightly expect from this category of models in 2020. Both are based on OLED technology, resulting in endless contrast, beautiful colors, no signs of haze and an excellent viewing angle. The rotatable primary of 6.8 inch display provides a resolution of 2460 x 1080 pixels, while the smaller secondary screen of 3.9-inch 1080 x 1240 pixels.

As a result, there can be no complaint about details. The lines are razor-sharp, the smooth transitions are smooth and the motion reproduction is impeccable. The brightness is high enough to keep the image visible even in sunny weather.

The model contains strong but not exceptionally powerful hardware. In addition to the eight-core Qualcomm Snapdragon 765G processor, it received 8 GB of RAM and an Adreno 620 graphics chip. This may not be enough to play the best games with top graphics, in which case you can expect some issues. Moreover, editing HDR videos with high bit rate and 4K resolution can also overwhelm the system. Surfing the web, chatting, correspondence and imaging, on the other hand, are super fast. All in all, we can say that the device can be used for everything one can expect from a mobile phone today, albeit with small compromises. The 4000 mAh battery would have been enough for a traditional model.

However, the two displays at the same time consume a little more than usual, so a higher capacity battery could have fit here. Due to this extreme case, with continuous use in the open state, the operating time can be reduced to 7 hours, which is quite poor performance. However, under normal use, the duration can be up to 11 hours, which is a perfectly correct value. The version we used included 128 GB of internal memory for data storage. This storage space is large enough to be used by someone for years, they will not run out of storage capacity either. The sound system is average, because there is nothing wrong with the volume, but the speaker does not sound at all. The situation is much better with earphones, but unfortunately the traditional headphone output of this model has also been spared. So you need to use the USB-C port or supported Bluetooth wireless technology to connect.

The LG Wing is not cheap, because it costs 400 forints. Its performance wouldn’t justify this price, but its special flip-out screen design would. This solution is absolutely unique in the current smartphone industry.

and get everyone to stare at him to get his attention. We don’t know what the future holds. This line could turn out to be a total deadlock, but it’s also in the deck that more phones with such a rotating screen will appear over time. We hope that the latter is achieved.