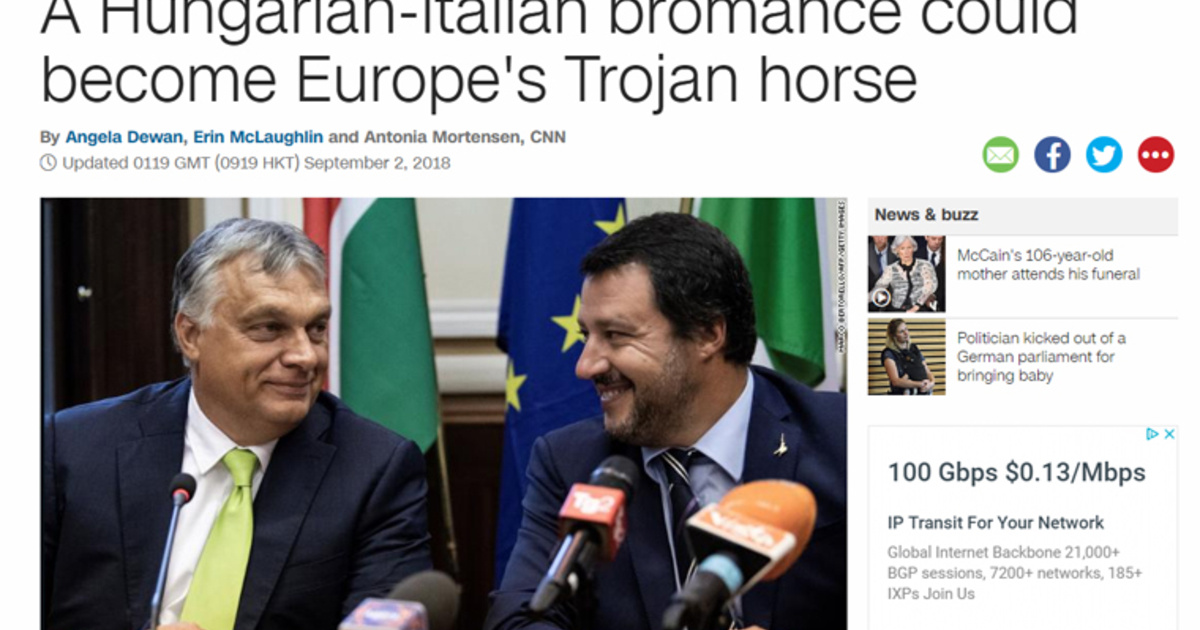 Is the greatest danger for Europe?

– a headline article that CNN sent to this title, illustrated by Victor Orbán and Matteo Salvini, Italian Minister of the Interior. According to this article, the meeting of the two "far-right" politicians in Milan's meeting was a very good first date – they complimented each other, found common interests, and agreed to meet again – this new friendship can make the European Disrupt the Union if it does not matter to the leaders.

Orbán and Salvini's friendship against migration point to ho populist extreme right can organize at international level and make serious gains at the European elections of 2019. The article quotes the French politician Jerome Rivière, Marine Le pen-Party National Party that hopes that the Eurosceptic and anti-immigrant parties can win a majority in the EP next year or form a strong minority that can effectively block the majority. 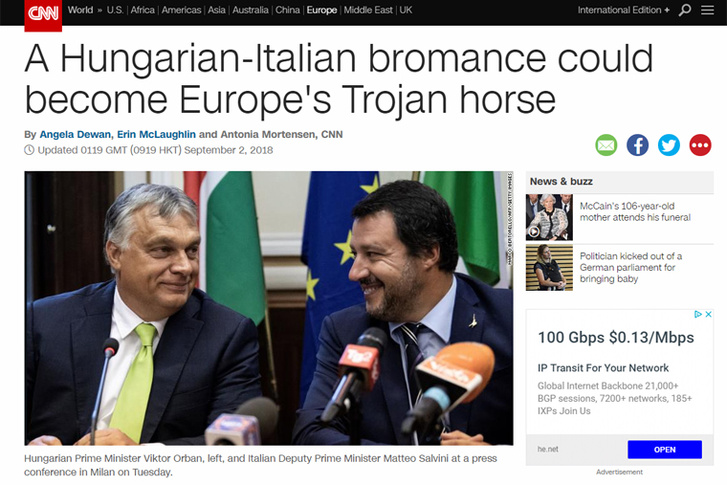 According to CNN, populists prefer EP elections because they are usually not very present, and Eurosceptic extremes can mobilize their voters more effectively than other parties whose voters generally do not know who will be in the EU. That is why these parties are more accustomed to elections to the European Parliament than to citizens. And the fact that leaders such as Orbán and the Salvini leader in the Northern League openly come closer, means that populists in Europe will have more organized choices than ever before.