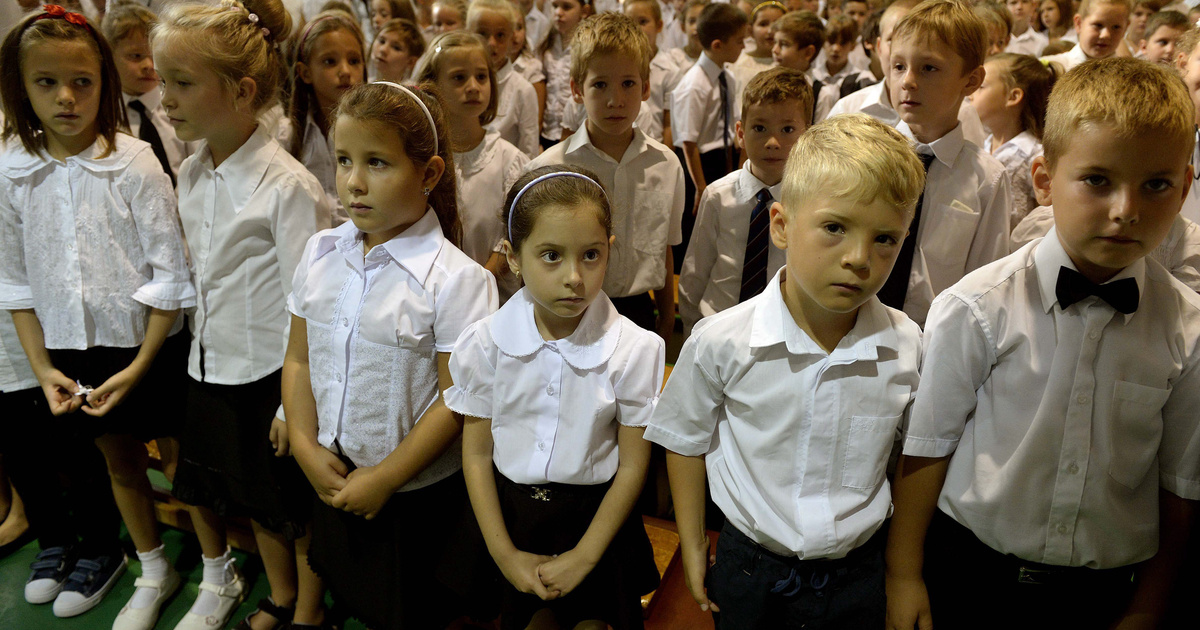 On Friday evening, the new national core curriculum was published on Friday evening, where Valéria Csépe, professor of psychology at the Hungarian Academy of Sciences, has been working since December 2017 with a research team of 100 people, pedagogical experts, psychologists and practicing teachers. The national core curriculum (Nat) describes the principles, areas of culture, subjects and requirements that must be organized in all schools of the country.

Nat has always been a theoretical document, but it has a decisive role in what and how they teach Hungarian schools what changes in the world of Hungarian education. By browsing the document with 312 pages (.pdf), it seems that it is a very professional material, it is difficult to achieve political undertones. But fate is still doubtful. Gergely Gulyás, a spokesperson for the government, said on the Friday Government Bill: it is only a sketch, it is not something concrete to take anything of it, and it certainly does not happen at the moment it was received. According to Gulyás, serious changes are needed in the concepts of history, literature and science.

A hundred-page document is impossible to investigate in such a short time. Here are just a brief overview of some of the most important issues.

The material listens long as it should be to the Hungarian school. It is a big question that this is being realized in the schools that are still in the atmosphere of the seventies and eighties. "The task of teachers is to create as many opportunities as possible, taking into account the age of students, give space and time to free movement, develop self-knowledge and social skills and develop creativity." "It is an important principle that differences are seen by the school as a characteristic of the manifold diversity of human behavior manifested by complex environmental effects, the manifold manifestation of brain aging and development (neurodiversity)." "Teachers have a personal example of applying democratic principles, living a national and European identity and respecting national holidays and the rich." "In order to open communication and the flow of information, the openness of an open exchange of views and the constructive criticism of both teachers and pupils can be expected."

The makers of the material say that they have used the proven results of learning science, have followed the progressive trends of domestic pedagogy and the principles of modern culture with international consensus. We can read more about active learning in this document. Instead of passive integration, it is more effective for the student, if he is involved in building knowledge, and the teacher presents phenomena that exceed the boundaries of his or her subject. There is a lot of talk about individual learning trajectories that take into account the different skills of the student or with the phenomenal based education that, by crossing the rigid boundaries of topics, approaches learning with practice and tries to transfer knowledge to the phenomena who knows the daily life of students.

Nine elementary schools will not be, but in the hierarchy 0

When the new core curriculum was drawn up, the introduction of the 9-degree primary school was introduced, giving more time to deepen knowledge and reduce the overwhelming number of teachers and students. However, the concept remains in the traditional school department: the first phase of basic education is 1-4. year, second is 5-8. year, followed by 9-12. years of high school, secondary gym or secondary vocational education. At the same time, the draft deals with the fact that "children who are delayed in terms of maturation and development will have the opportunity to facilitate the transition from kindergarten to kindergarten" is the preparatory year for the final year of kindergarten and first class . "

This & # 39; zero degree & # 39; can be added to schools in their own pedagogical program and can be a suitable solution to prevent early (and later) school failure. The parent can decide to take his or her child to first grade or to a specific preparatory year after kindergarten. In the preparatory year, the children played a lot, they developed their movement, rhythm feelings, handicrafts, speech skills, concentration, memory and logical skills to succeed with the school.

Combined scientific subject is the 5-6. qualities

Earlier it leaked that the draft of Nat was in 7-8. class to integrate biology, chemistry and physics into an integrated scientific course. However, this document only applies to 5-6. (as is the case today with the natural science lesson). From the seventh grade, students learned these subjects from the ground, only a local curriculum would enable them to follow the combined education of natural sciences in the seventh and eighth. Physics, chemistry and biology would certainly be separated in classes 9-12 of secondary schools. The goal of the combined science course is not to expel students from real life very early. They want to approach students through practical aspects, through different aspects of everyday phenomena, experimenting with many experiments, group work and experimenting with natural sciences and basic concepts.

It is written in the material: "The curriculum of the natural sciences is therefore for everyone, not only for those who want to be more seriously interested in science in the future, and must be organically connected to daily life and highly trained, not much knowledge. and concept, but more practical activities, observing and experimenting, give time to in-depth processing and discuss possible understanding problems. "According to the draft, the 5-6. Class 2-2 hours per week would be the basic course in natural sciences, in the seventh grade 4th week and 8 in the 5th week.

Valéria Csépe, head of Nat's work, told the Index in 2017: there is a need to reduce and restructure the curriculum. It is not only the quantity, but also the subject of some subjects does not correlate with the age, peculiarity, interest and cognitive development level of children. When reading Nat & # 39; s draft it is mainly the part of the chemistry subject that says: "An additional factor that makes the conceptual concept more specific is the chemical nature of the chemical concepts and the interpretation of substances and phenomena in different levels (macro, particle and symbol) and the contradictory nature of the modern meaning, the definition of certain concepts, their context-dependent meaning, the difference between scientific and public-oriented meanings and the complementary, simultaneous nature of the theoretical models of chemistry, can curriculum of chemistry for beginners invisible. "

According to the concept, the re-invented chemistry curriculum is for everyone, not just for those who want to be chemists or natural scientists. "It is connected to daily life and is very application-oriented, investigates the role of chemistry in our society and the life of an individual, without much knowledge and concept, introduces no particle and symbol concepts too early, it does not contain subjects that contain new information. "

Gergely Gulyás also pointed out that the government had problems with the history of the design. Reading the material does not reveal what can cause problems. According to the text, the purpose of history teaching is to enable students to understand the causes and consequences of historical processes, "to reinforce the national identity that the nation considers as a group formed in history and a natural reference point, and "to develop a European civilization identity based on the basic values ​​of antiquity, Jewish-Christian culture and enlightenment. "What is this problem?

In a professional sense it is a recurring problem in the history of history that chronological chronology with prehistoric times and then with antiquity and the Middle Ages often does not match the age and peculiarities of the children. According to the concept, the course curriculum does not follow the traditionally exemplary linear-concentric structure. "The chronological sequence of the character remains characteristic, but it does not enjoy exclusivity at certain stages of learning, the curricula of numbers 5-8 and 9-12 are not self-reliant, but spiraling." Chronological orientation would become more dominant in high school. A 11-12. the class is the most important 19-21 in the class. century events, phenomena and processes.

Reading the concept is not expected to be a major breakthrough in home education. But there really needs to be a revolution here. Not only to improve the language skills of the Hungarian population or to improve the position of the labor market, but also for the simple reason that it is only possible to obtain a university degree (B2 level) from 2020 onwards. Will it be able to prepare this student for a traditional general and secondary school. There is no answer, only the wishes are made that preparations have to be made for the B2 level that is required for recruitment in higher education in a classroom.

According to the document, playfulness is important in the language-spa & # 39; from the first years (usually from group 3), the emphasis is on oralness. Figures 5-8. to maintain and strengthen the motivation of language learning, to develop language skills that are increasingly used in real language situations, to strengthen self-confidence and to acquire newer strategies. It is worthwhile to continue building on foreign language learning and it is also written that students learn language elements through their daily activities outside school, independently or in cooperation with their peers.

And a few more shorts