Strong, self-aware nations will be successful in the 21st century 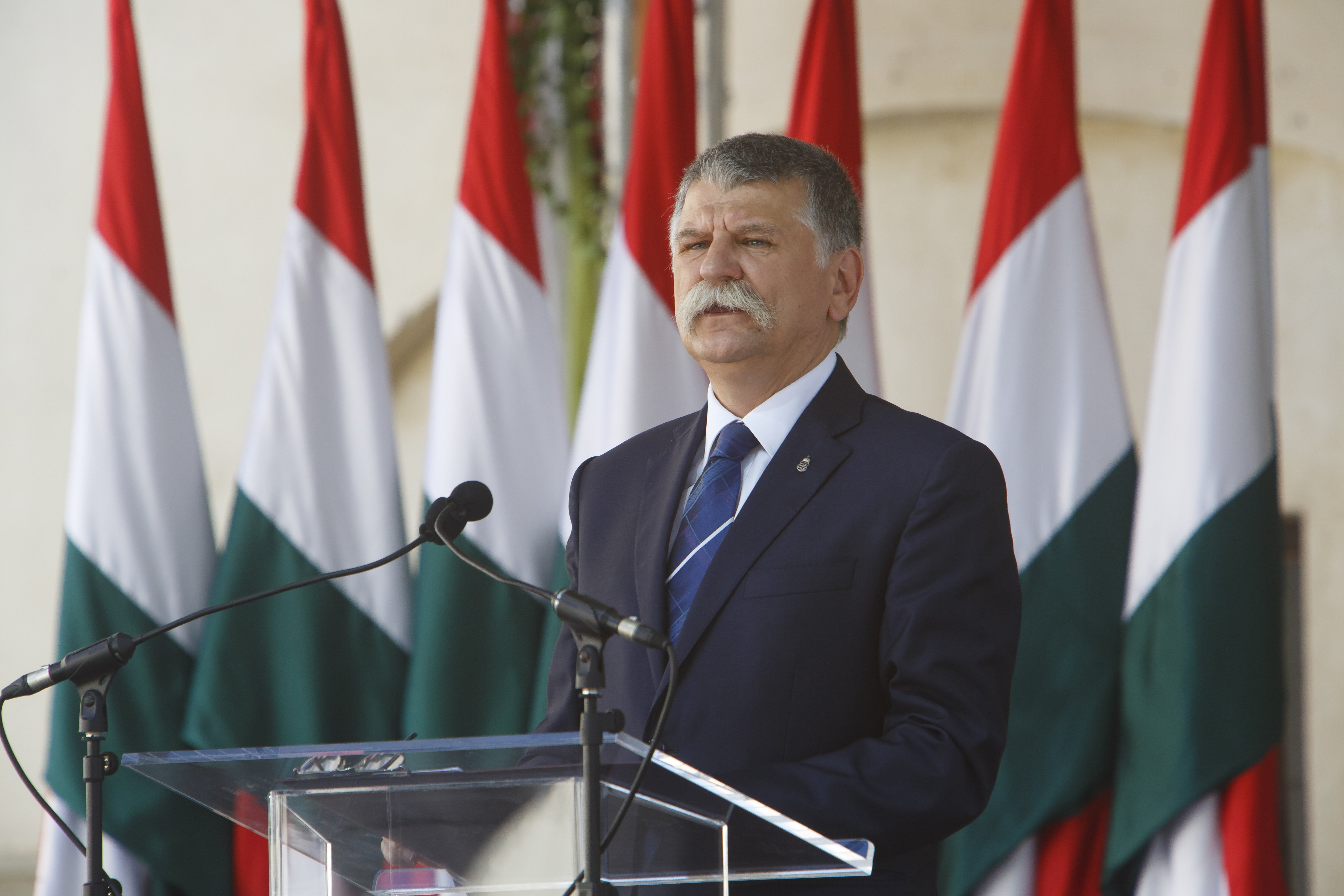 These nations will prove successful in the 21st century, which will have a strong faith and conscience, said László Kövér, President of Parliament, on Sunday in Sárvár, on the occasion of the 50th anniversary of the proclamation of the city by the city.

László Kövér "Military successes with great strife or the economic prosperity of hard work are worth nothing if a people who are safe and secure, lose their faith and consciousness, because" people who shrink in the soul sooner or later will begin to populate. "

According to the chairman of the National Assembly, the most powerful competitive force in the world of globalization, in the age of digitization and robotization will still be human performance which in the future also comes from self-awareness and identity.

"We Hungarians who have historically lost the twentieth century want to win the twenty-first," said László Kövér.

To win the twenty-first century means that we can offer human, dignified natural, economic and social conditions in order to To live the homeland of all Hungarians, and to win our faith in our lives and live our lives through our native language, in the Carpathian Basin, with our neighbors, we go beyond the era of historical controversies, creating a Carpathian Basin and Central -Europe that is safe for all of us, and not only for strengthening the nations and countries, but also for their values ​​in c Christian values. "1969006 László Kövér speaks at László Kövér reminded that since 1328, Sárvár, with its city rights, had taken almost 100 years of urban power for nearly 100 years, in the development of its economic power, in 1871. Nevertheless, a city is never left behind or lost by the names of others or randomly withdrawn, but by the self-awareness and self-esteem of the inhabitants.

Sárvár is not only in the era of Nádasdy but also in today's time as an example to all of us in a community spirit, humility and zeal. He recalled that Sárvár's budget in HUF amounted to 5.8 billion in 2010, but today HUF is 8.5 billion, and his former two billion in advance debt has now fallen to zero, and in the last eight he invested around 15 billion forint in the city, increasing his tourist attraction to the forefront of the country today.

Pét Ágh, the parliamentary representative of Fidesz, summed up the most important stages of the past. : In the 16th century, Sárvár became, thanks to Nádasdyak, a cultural center of the country. The printing company founded in the city was János Sylvester, where the New Testament was published in 1541, the first Hungarian book of the country, and in 1556 in Sárvár Sebestyén Tinódi Lantos died. Later, the first representative of the parliament was Lajos Batthyány, the first prime minister of Hungary, and Géza Gárdonyi taught at the local school.

István Kondora, Fidelity Mayor of the city, in Sárvár stressed the history of storms, wars, crises and epidemics that the city has preserved, preserved and developed. He remembered that in 1328 the settlement had been given the title of a township and that after being deprived he again earned the city rank in 1968.