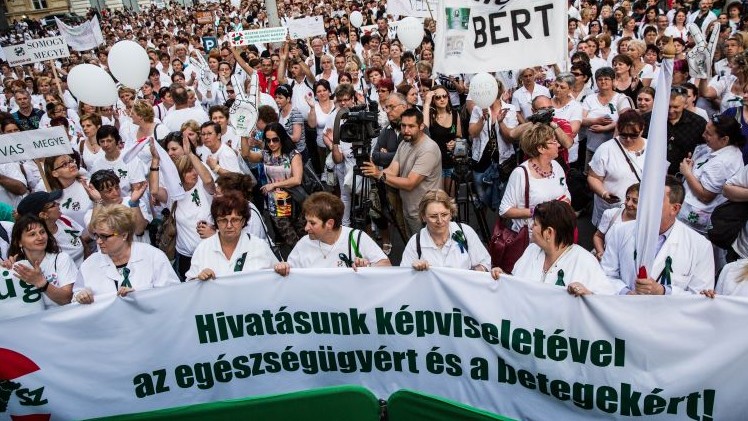 48 hours ago for giving advice and criticism to the Ministry of Human Resources for a proposal to change the budget framework for the provision of patient care. The design is not intended to allocate additional resources for basic health care, but rather spends the available resources by trying to solve the lack of resources for sickness and childcare at the expense of general practitioners.

The draft regulation is based on the "General Prevention of Home Medicine", Would like to attract 5 billion forint, half of the amount would be spent on the one hand to provide the necessary source to reduce the childcare multiplier by 10 percent and on the other hand for "Better transportation and medical storage dead goods".

The 168 Hours previously drew attention to the fact that the number of vacant or permanently unpaid GP practices in Hungary was 320 in July and 400,000 people living in Hungary who do not have access to the basic care.

– May three months before the payroll of health professionals scheduled for November, the draft decree would not mention this expenditure in the budget as "subsidies".

Mérce also wrote about the poor state of domestic health in July when it became clear that According to last year's figures, only 2.9 percent of GDP was maintained and managed in health care, while funding for medical care for the the poorest social layer constitutes a considerable burden on the labor market.

For example: (or even inaccessible) access to a simple research while the private health sector is constantly expanding